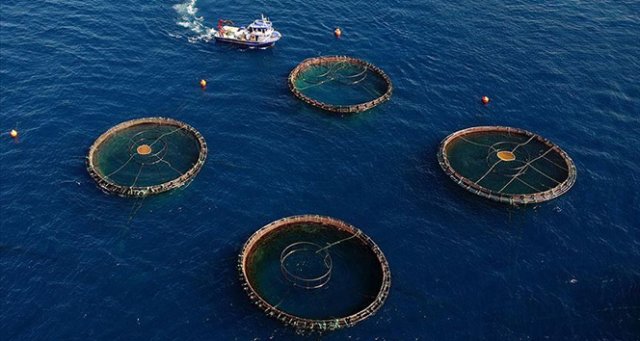 A Blue Economy means benefiting from the world’s seas efficiently, and for that the seas must be kept clean, according to a Turkish marine biologist.

To benefit from the seas efficiently, he explained: “The first condition for this is clean seas. Even if you’re catching fish, engaging in tourism, or sailing, first you should prevent the pollution of the seas.”

He also called on governments to protect the diversity of marine ecosystems by investing in clean technology and renewable energy, which he called a must for a sustainable Blue Economy.

On the Blue Economy’s potential, Ozturk cited an example from the fisheries sector, saying there are nearly 35,000 fish companies operating in the Mediterranean Sea, which have created a value of $6 billion.

The concept of the Blue Economy emerged following the 2008 global finance crisis, according to the information compiled by Anadolu Agency.

It aims to protect ecosystems and biological diversity and to improve water quality by ensuring sustainable growth in seas and oceans, which constitutes three-fourths of the world and has a vital importance for living beings.

“The world’s oceans, seas, and coastal areas are the largest ecosystems on the planet and a precious part of our natural heritage,” according to the Sustainable Blue Economy Principles report of the World Wide Fund for Nature (WWF).

It stated that these ecosystems are also vital “to the livelihoods and food security of billions of people around the world, and to the economic prosperity of most countries.”

“The ability of these marine environments to provide jobs and nutrition over the long term is, however, already under pressure from human economic activities; and it is being further threatened by development approaches that are fragmented, uncoordinated, and often in conflict with what science tells us is physically possible or ecologically sound,” the report said, adding the ocean is the “seventh-largest economy” in the world based on the gross marine product.

“Many governments, organizations and communities in both developed and developing countries started to become aware of the need for a more coherent, integrated, fair, and science-based approach to manage the economic development of the oceans,” according to the fund.