Sarajevo Film Festival: Not really dealing with the past

Sarajevo is a city that houses a lot of things in a small area. For this reason it is referred to as the cultural and artistic center of the former Yugoslavia. Music groups, singers, directors, screenwriters, poets, painters are usually based in Sarajevo. 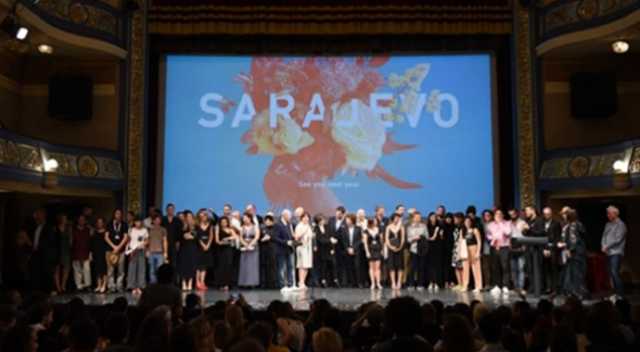 Of course it is not surprising that the biggest film festival in Eastern Europe will come out of this city. If there is something astonishing, it is that the festival started in the 95 's when the war was going on.

The story of the film festival that started in the Apollo cinema in Sarajevo continued with the 23rd this year. For many years, world famous names have been participating in the festival. For example, Robert De Niro, Kevin Spacey, Morgan Freeman, Brad Bitt. This year, the festival's "Honorary Heart" award was given to Oliver Stone and John Clees. In other words, this festival is a festival of high reputation and followed by large audience. But, do not think that it is all about just show business. Independent filmmakers, short films, human rights films, documentaries and student films have also their parts in the festival.

I think the biggest advantage of the festival in comparison to other film festivals is; The city of Sarajevo can adapt very quickly to this festival. Everywhere in the festival period, you feel that something is going on in this city. Even people who are not related to the festival; they know they are missing something. Radios are changing their names and making announcements as festival radio. Tram stops are rearranged according to the theme of the festival. Beside banners, posters, billboards, people are making the biggest advertising of this festival. They look at the program of the festival as if they are studying, and they choose films to go. They distinguish their places from Bascarsija to Ilidza, those districts are start and ending point of the city. Especially the open-air cinemas are attracting great attention and you may have difficulty in order to find places. But if you can not find one day, you can get up early the other day and find a place for other films for outdoor show. Other than that, the directors' workshops and public coffee talks may attract your interest.

Since the 23rd is organized, the organization now works almost perfectly. There are dozens of people working voluntarily from many parts of the world. Mirsad Purivatra and Almir Palata* have even considered the finest details for the festival and have taken precautions against possible problems. For example, if it rains in open air shows, the audience is immediately transferred to another movie theater. The interpreters perform their tasks perfectly. Employees are constantly concentrated and doing their jobs properly. Obviously, the festival management has thought of everything to please people.

The best award this year was the Georgian director Ana Urushadze with the film "Scary Mother". Semih Kaplanoglu's long-awaited film ''Grain'' from Turkey was not awarded. It is surprised us that Grain couldn’t achieve the prize. Because, Turkish films have won many awards at the festival. Even so; The last three years best film rewards were going to Turkish films. Obviously, I can make my first criticism of the festival here. When we look at Turkish films that have been awarded in three years, Lobbying activities, politics and sponsorship agreements were effective. "Song of My Mother", "Mustang" and "Album" are Turkish films that have been awarded in the last three years. While the Mustang film received the best film award on behalf of Turkey, it also became a foreign film Oscar candidate on behalf of France. In short, polishing project of Mustang, which includes heavy feminism propaganda and heavy conservatism hatred, was first launched at the Sarajevo Film Festival. Unfortunately, the festival can be a tool for such things. Kaplanoğlu's ‘’Grain’’ movie, maybe better than the other award winning Turkish films. In my opinion this was the outcome of the Turkish institutions that suffered the festival regarding canceling the sponsorship agreements.

I think that the Sarajevo Film Festival, which started in the war and was founded with impossibilities and turned into a world famous festival, should have lost nothing and not be left out of the first day's sincerity. Unfortunately, it also has been turning into the so called ‘’system’’ for years.

In spite of everything, this festival could  work just for the first screenings of Bosnian and Balkan films. As we know these movies are not shown in Turkish cinemas and DVD’s can be found after a long time. Besides, the festival offers you far more than Balkan movies. This year, there have been 253 different film shows from different countries...

If you do not like these kind of events, if you are not familiar with these things, you should attend this festival even for the sake of the environment. Because during the festival period city of Sarajevo never sleeps.