A 67-year-old Norwegian citizen has taken to social media to promote Turkey’s Mediterranean province Antalya, where he has found a new home. 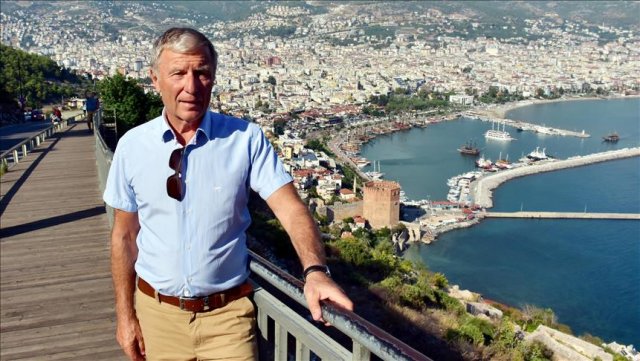 Steinar Johansen, who came to Alanya -- a resort district in Antalya -- for a holiday five years ago, moved to the quaint city after his retirement from work.

Since then he has been sharing pictures of historic and touristic destination in Antalya on his social media account.

He said on a visit to Cyprus, he was advised against traveling to Turkey, but he did not pay it much heed.

“I saw that Turkey is not a country to be afraid of. On the contrary, people are friendly, the weather, sea and the sun are all amazing. I have decided to live here after witnessing these beauties.”

“I saw the beautiful sea, beaches and people in Turkey and wondered why more people don’t visit Turkey. So I created the group JaJegReiser (Yes, I’m going).”

Johansen said he saw positive comments from people in the group, who do not see Turkey as it is being promoted by the Western media.

“People who have visited Turkey know that this is a beautiful country.”

Johansen says that he has reached out to 12,000 Norwegians through social media so far.