The Hollywood Turkish Film Festival is a project that Turkey’s film sector has long dreamt of, according to the festival’s organizer. 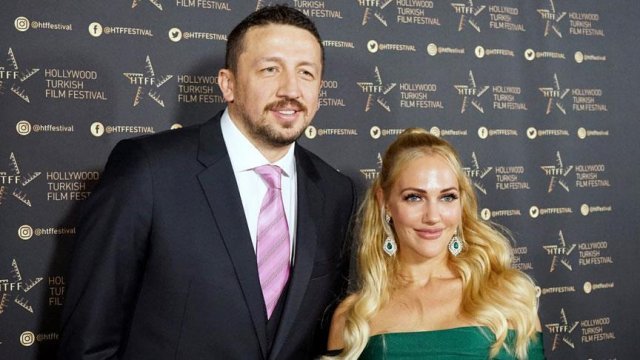 Speaking at the festival’s opening ceremony in Hollywood on Friday, Barbaros Tapan said the event would offer a platform for Turkish cinema to be introduced to Hollywood.

“Every year, Oscar-nominated [Turkish] films come to Los Angeles, but they aren’t promoted very well,” Tapan said, adding that without good PR, a good film can be lost in the flood of movies seeking attention in Hollywood.

Prominent Turkish actor Secuk Yontem hailed the festival, with Anadolu Agency as its global communication partner, saying he hoped it would be a regular event.

“I feel that it will grow a great deal,” he said.

Metin Mutanoglu, Anadolu Agency’s deputy director general and editor-in-chief, and Bunyamin Yilmaz, editor of its Arts and Culture News Section, were among attendees at the event.

The first Hollywood Turkish Film Festival began by screening Turkey’s foreign-language Oscar nominee Ayla, which focuses on the relationship between a Turkish soldier and a Korean orphan during the Korean War.

The festival will run through Monday and will feature three Turkish films as well as five short movies.

Other films in the festival program are Turkish-Italian director Ferzan Ozpetek’s Istanbul Kirmizisi (Red Istanbul) and Mustafa Karadeniz’s Cinar. The movies are being screened at Paramount Studios in Los Angeles, California.

The festival was founded by Tapan, a journalist and member of the Hollywood Foreign Press Association, plus film director Tekin Girgin, and supported by Turkey’s Culture Ministry.

The Hollywood Turkish Film Festival was established to introduce Turkish films globally, according to organizers, and it aims to connect Hollywood figures with Turkish filmmakers to collaborate on international projects.