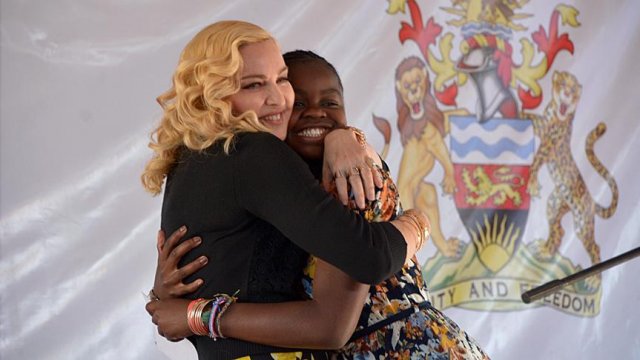 The Mercy James Center for Pediatric Surgery and Intensive Care, the first healthcare facility of its kind in the southeast African country, has been built in partnership with the Health Ministry and Raising Malawi, the 58-year-old singer’s charity.

"Today marks a special day for me, and what started out as a dream has become a reality," Madonna said at the event, held in the commercial capital Blantyre.

“Millions of children die from curable diseases, and cure we will with this hospital. If children are the future then they need to be protected,” she added.

The health facility is named after her Malawian adopted daughter Mercy James. She has also adopted a son and twin girls from Malawi.

She has two other children from her former husband film director Guy Ritchie and partner Carlos Leon.

Also in attendance was Malawi’s President Peter Mutharika. “Half the [17 million] population of Malawi is children, a majority of whom are below 15 years old, that is why we need to invest more in children. This center is our national pride,” he said.

Professor of Paediatric Surgery at the hospital, Eric Borgstein told Anadolu Agency that the hospital would double the number of surgeries performed on children each year.

Madonna founded the charity in 2006 to support children through education and health programs.