A famous Turkish comedian and actor on Wednesday visited a young man who is both autistic and a musical prodigy and whose university education he has promised to support. 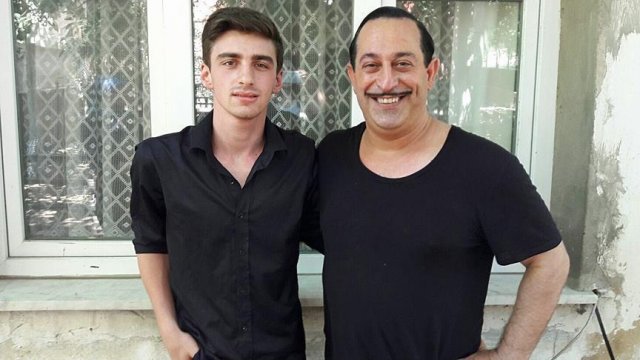 Yunus Yazar, 19, who has been accepted to Istanbul University through a series of special talent tests, boasts an extraordinary musical talent.

Speaking to Anadolu Agency at the young man's residence in Beykoz, Istanbul, comedian Cem Yilmaz said that he had planned the scholarship with Yazar’s music teacher.

Last month, the comedian announced on Twitter account that he would bear the cost of Yazar's university education.

“This is like a dream come true,” an emotional Yazar said.

Yazar was born in an old detached house in Beykoz as one of the twin children of a poor family. He was unable to talk until age 3, but he started writing and reading at age 4.

As a child with Asperger's syndrome, he had learning disabilities and attended inclusive education classes.

His music teacher in secondary school discovered that he had perfect pitch, a rare phenomenon where a person can identify or recreate musical notes without needing a reference tone.

His teacher helped him get admitted to a fine arts school, but he was unable to pass the state university entrance exam.

After a special report by Anadolu Agency on the young man, Turkey’s Board of Higher Educational allowed him to take a special talent test at Istanbul University, where he will now continue his education.