A group of Turkish artists will launch a campaign on Thursday to react against the Israeli blockade, crimes against humanity and restrictions on the freedom of worship in Jerusalem. 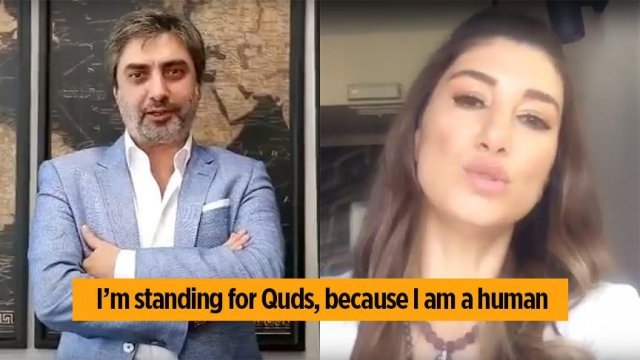 The theme for the campaign is: “I’m standing for Quds, because I am a human.”

“We are a group of people who feel for Palestine, and came together for an independent campaign,” Ali Nuri Turkoglu, one of the organizers, said.

The campaign is being supported by some prominent Turkish artists including producer-director Fatih Ozbay, actor Necati Sasmaz and singer Nadide Sultan.

Organizers said that the Palestinian embassy has also shown keen interest in the campaign.

Thousands of Palestinians have been taking to the street daily for a mixture of prayer and non-violent protest in the Al-Aqsa Mosque's vicinity since new restrictions were introduced by Israel more than a week ago, after a two-day closure of the mosque following an attack that killed two Israeli police officers and the three Palestinians.

The city of Jerusalem is sacred to members of all three Abrahamic faiths -- Muslims, Jews and Christians -- and the Al-Aqsa Mosque represents the Islamic world's third-holiest site.