Homepage > Photo Gallery >
Photo Gallery Detail
Harry, Meghan vent grievances in final Netflix episodes
2022-12-16 11:26:11 | Son Güncelleme : 2022-12-16 11:32:51
A -
A +
Prince Harry and his wife, Meghan, vent their grievances against the British monarchy in the second half of their Netflix documentary series released Thursday, which includes Harry describing how his older brother shouted at him during a meeting and Meghan talking about wanting to end her life as she struggled to cope with toxic press coverage. 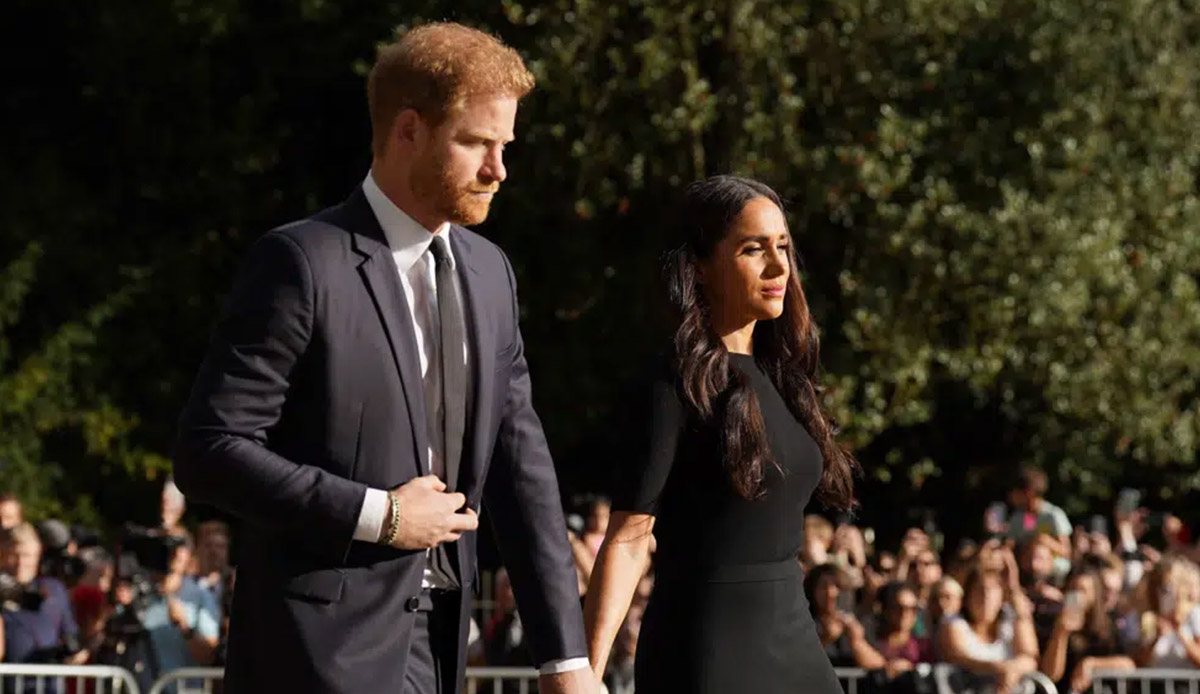 Prince Harry and his wife, Meghan, vent their grievances against the British monarchy in the second half of their Netflix documentary series released Thursday, which includes Harry describing how his older brother shouted at him during a meeting and Meghan talking about wanting to end her life as she struggled to cope with toxic press coverage. 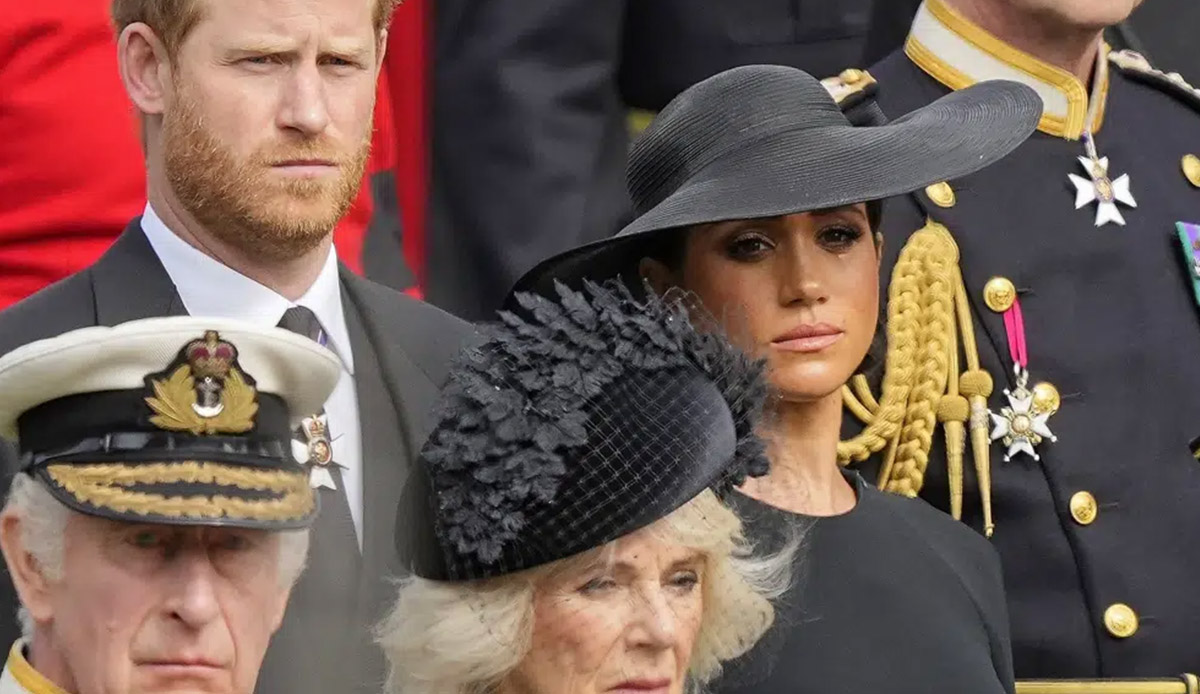 The couple have detailed their experiences leading to their decision to step away from royal duties and make a new start in the United States in “Harry & Meghan,” a six-part series. The first three installments, released last week, focused on the British media’s coverage of the couple and the way it was influenced by racism. 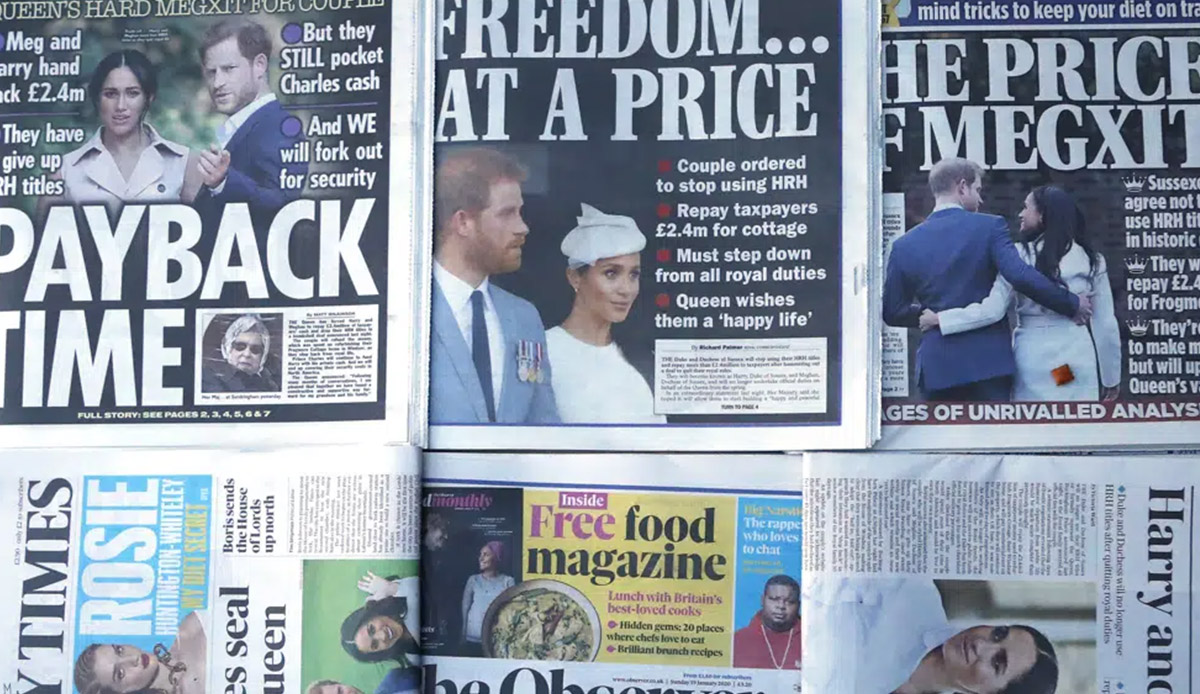 The final three episodes see Harry, 38, directing more of his ire at Prince William, now heir to the throne, and speaking in more detail about how his relationship with the royal household broke down. He recounted how William lashed out at him during a royal summit at Sandringham Castle in January 2020 to talk about Harry and Meghan’s plan to step down as senior royals and move away. 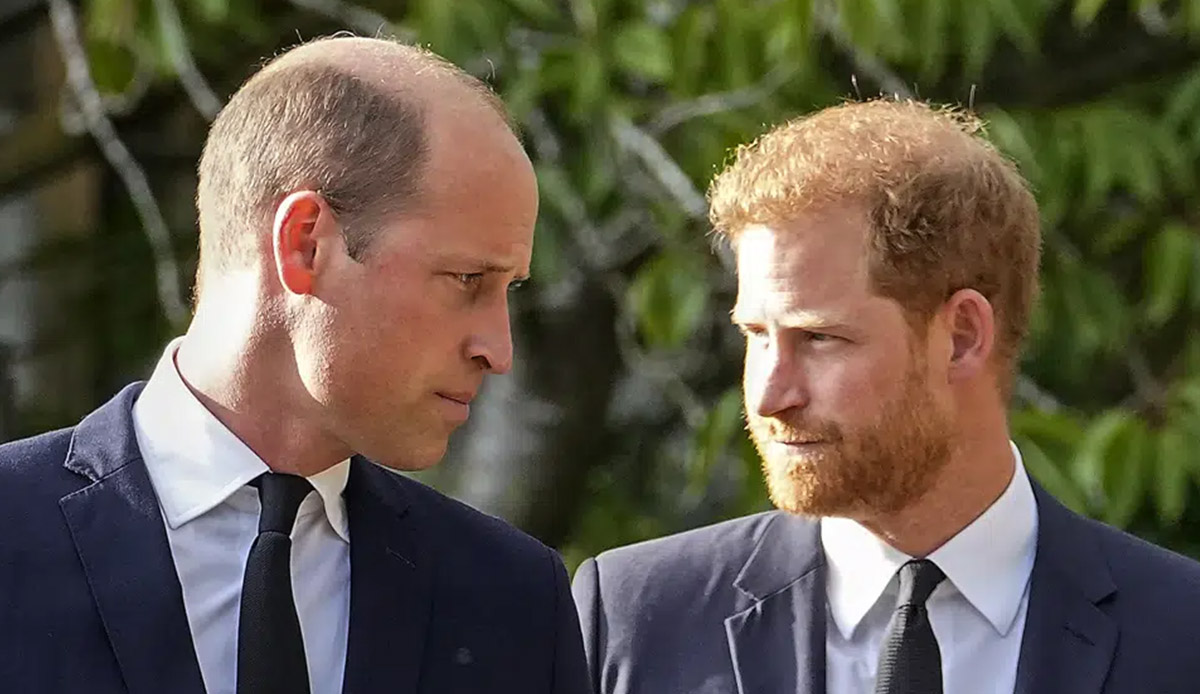 “It was terrifying to have my brother scream and shout at me and my father say things that just simply weren’t true, and my grandmother quietly sit there and sort of take it all in,” Harry said. The royal said he and Meghan’s plan to stay “half in, half out” of royal life was swiftly rejected. 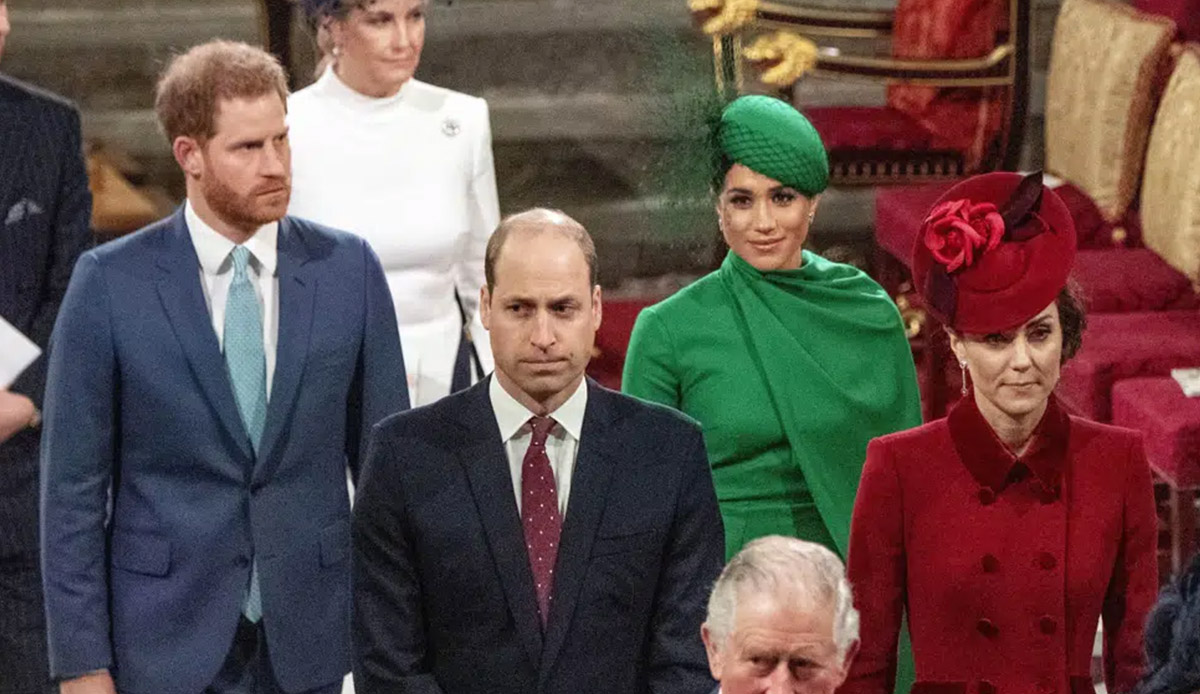 Elsewhere in the series, Meghan, 41, says she thought about killing herself before she and Harry decided to move to America. “It was like ‘All of this will stop if I am not here,’” she said. Harry added that he believed the Mail on Sunday’s publication of a letter Meghan wrote her estranged father, Thomas Markle, contributed to her having a miscarriage. Meghan later sued the Mail’s publisher and won. 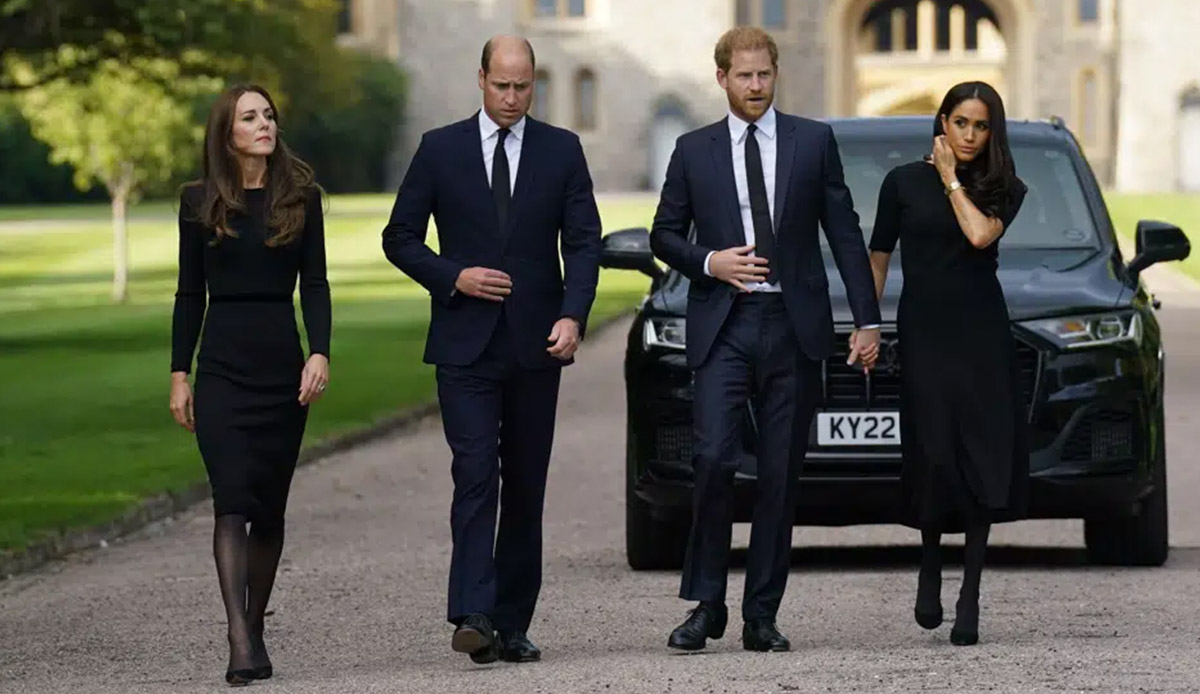 “I believe my wife suffered a miscarriage because of what the Mail did,” Harry said. “Bearing in mind the stress that caused, the lack of sleep and the timing of the pregnancy ... that miscarriage was created by what they were trying to do to her.” Harry stressed it was ultimately his decision, not Meghan’s, to leave the U.K. “I said that we need to get out of here,” he said. 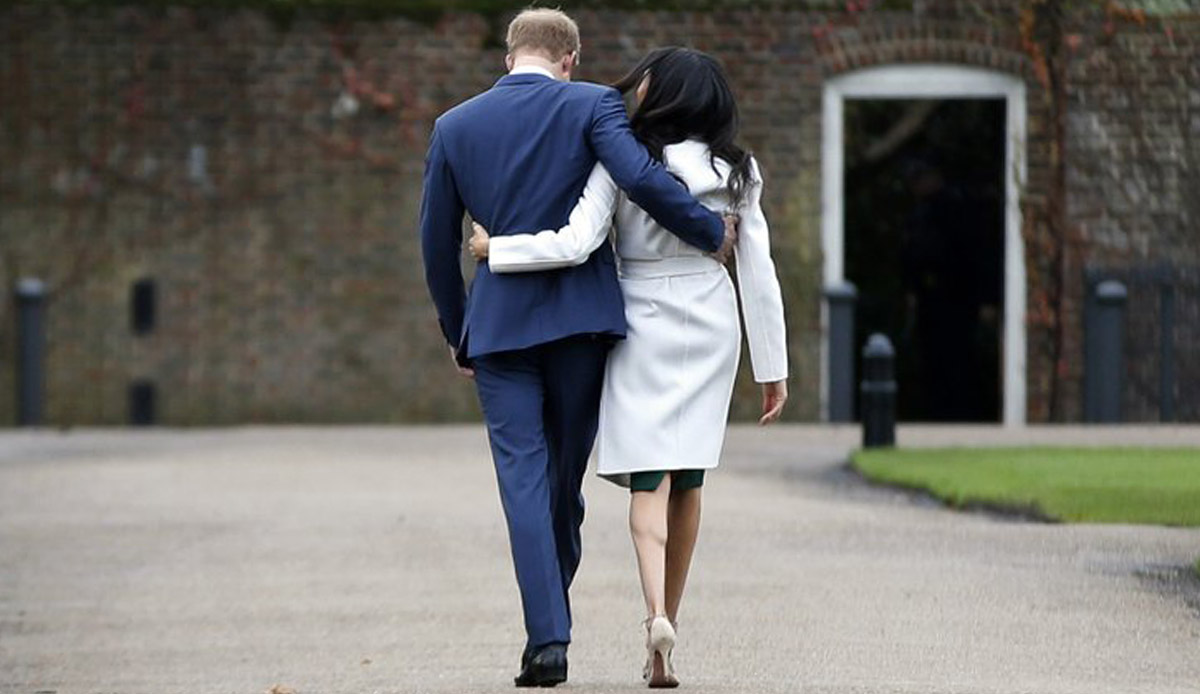 The production is Harry and Meghan’s latest effort to tell their own story after the couple stepped back from royal life in early 2020 and moved to the wealthy Southern California enclave of Montecito. Lucrative contracts with Netflix and Spotify have helped finance their life on an estate overlooking the Pacific Ocean. 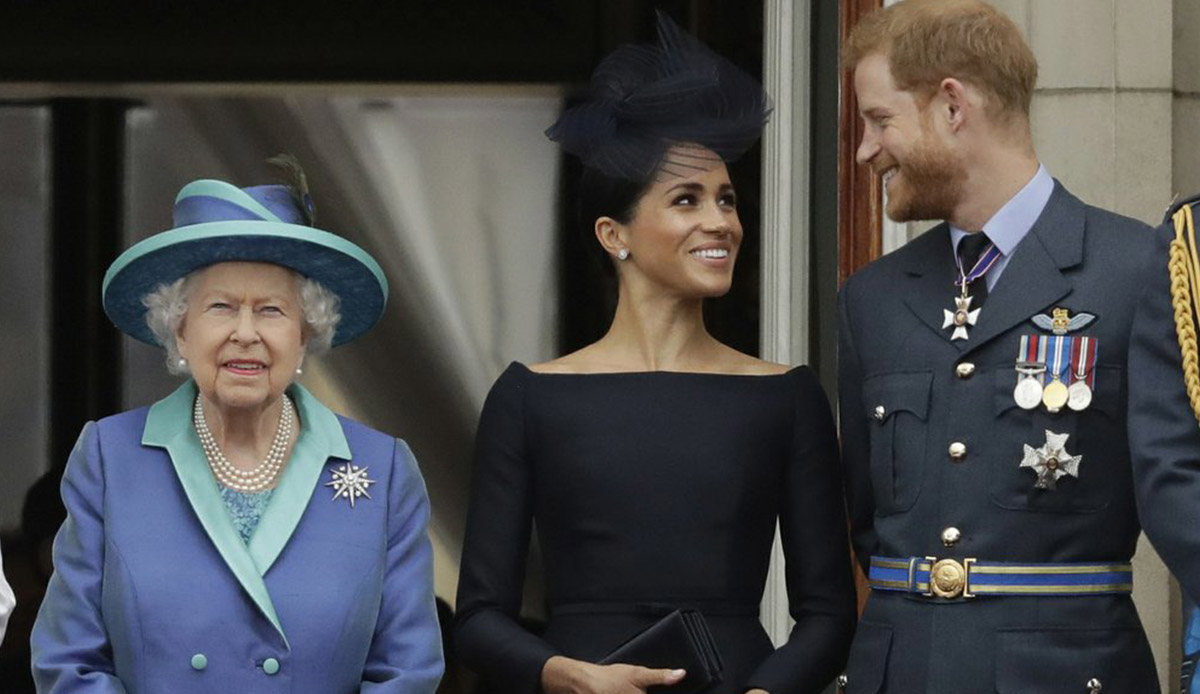 The Netflix series has come out at a crucial moment for Britain’s monarchy. King Charles III, Harry’s father, is trying to show that the institution remains relevant after the death of Queen Elizabeth II, whose personal popularity damped criticism of the crown during her 70-year reign. 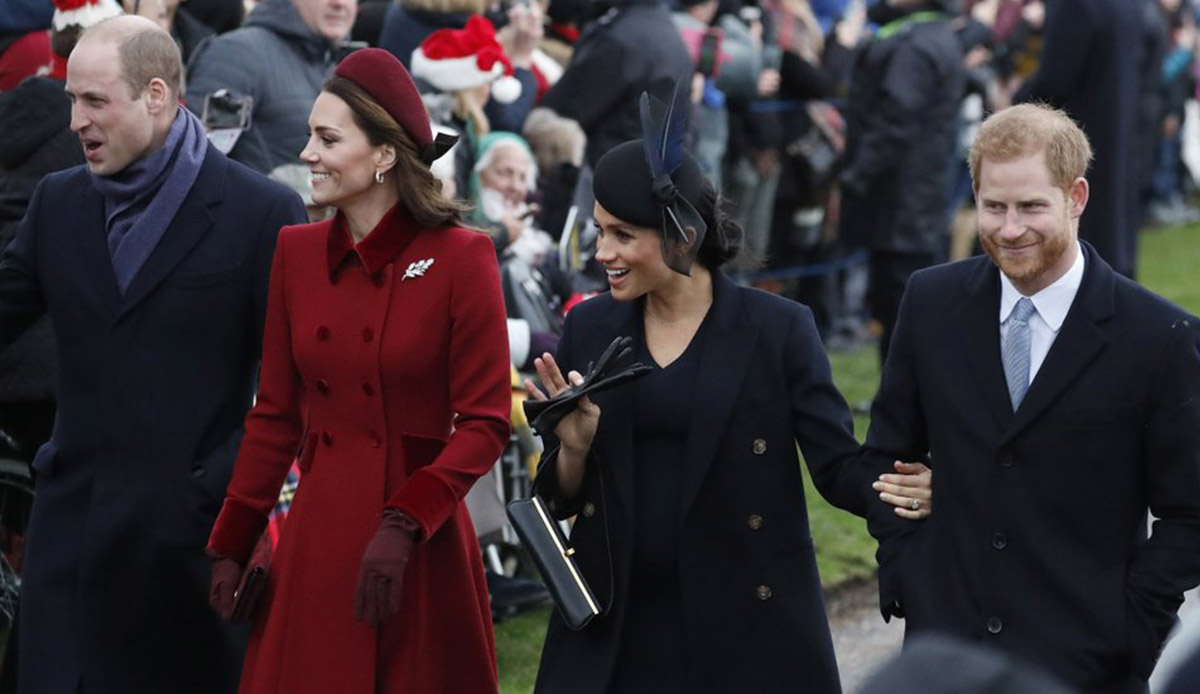 Harry’s 2018 marriage to the former Meghan Markle, a biracial American actress, was once seen as a public relations coup for the royal family, boosting the monarchy’s effort to move into the 21st century by making it more representative of a multicultural nation. 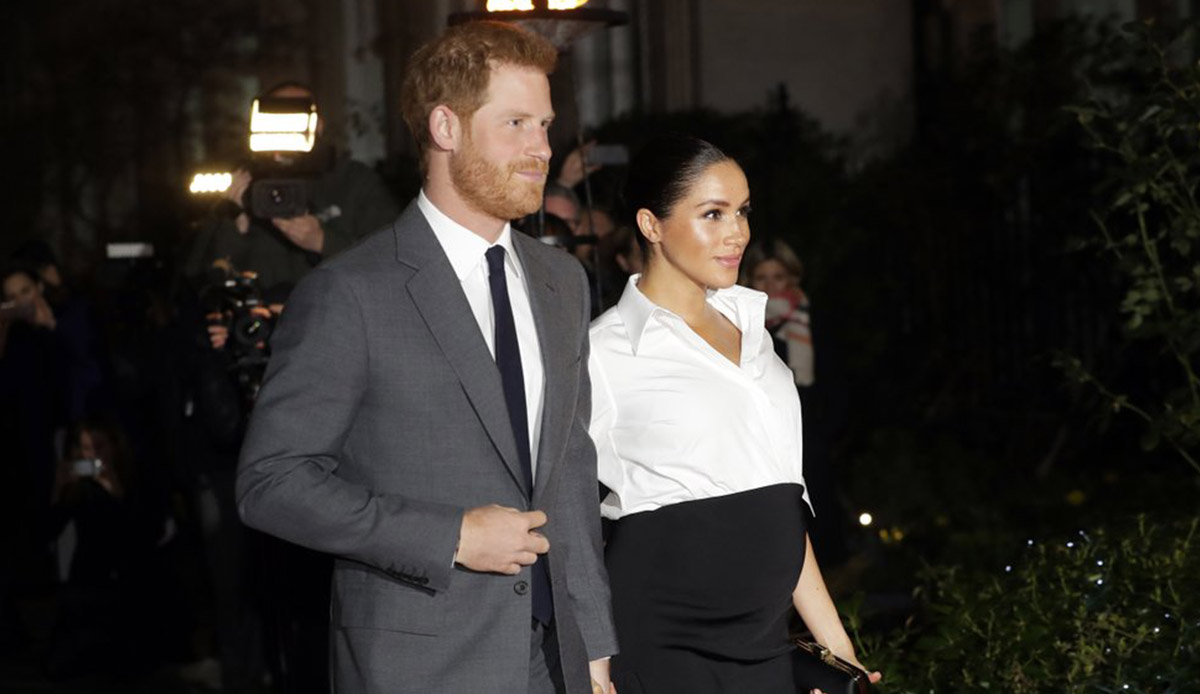 But the fairytale, punctuated with a horse-drawn carriage ride and lavish wedding at Windsor Castle, soon unraveled amid relentless media attention, including allegations that Meghan was self-centered and bullied her staff. A look at some other allegations Harry and Meghan make in the second half of their series: 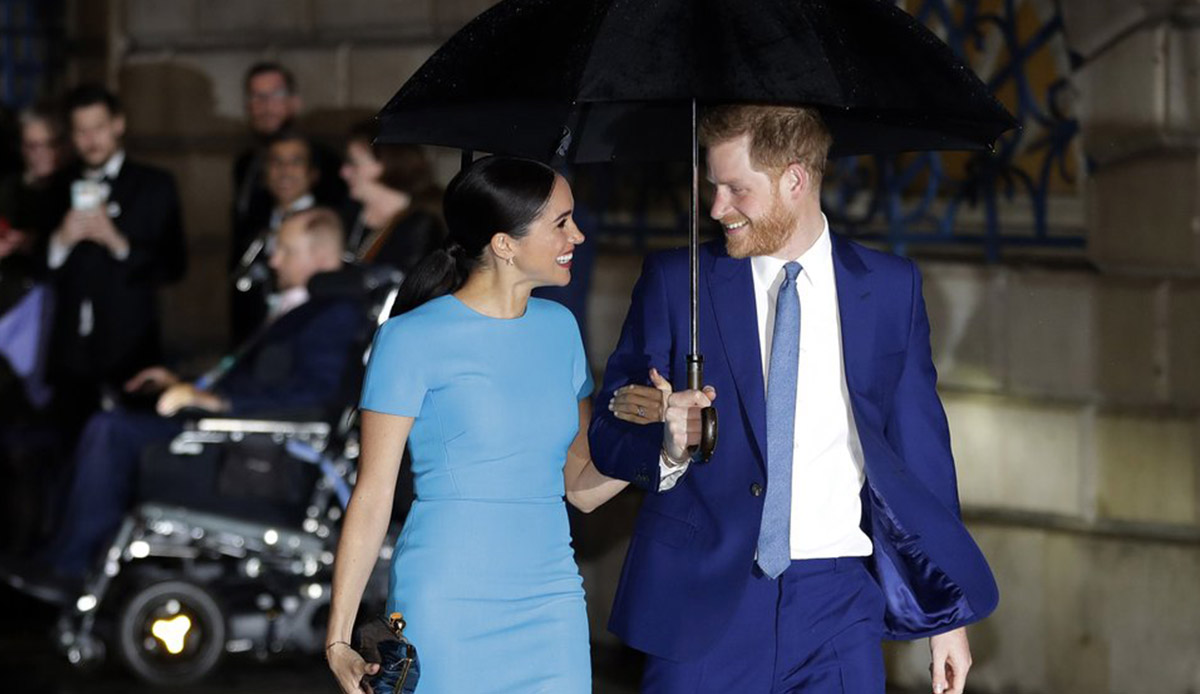 Describing royal press operations as a “dirty game,” Harry said there was “leaking” and “planting of stories,” and that the palace “comms team” would seek to deflect negative coverage of one royal by issuing a story about another royal. He talks about being sidelined, citing the example of a joint statement palace officials issued on behalf of him and William to “squash” a story about William bullying the couple out of the family. He said it was issued without his consent. 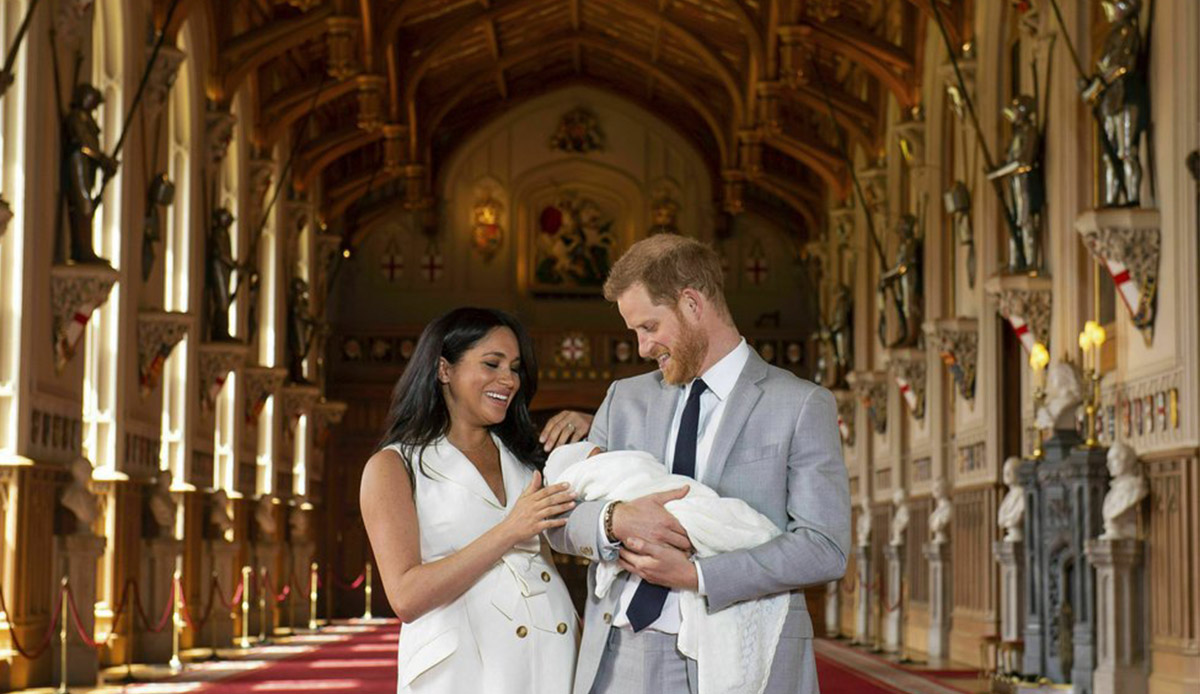 “I couldn’t believe it. No one had asked me permission to put my name to a statement like that,” Harry said. “They were happy to lie to protect my brother and yet for three years, they were never willing to tell the truth to protect us.” “I mean, the saddest part of it was this wedge created between me and my brother so that he’s now on the institution’s side,” he added. Meghan’s lawyer, Jenny Afia, claimed in the series that she saw evidence of “negative briefing from the palace” against the couple “to suit other people’s agendas.” She did not elaborate on the evidence. The couple said they planned to see Harry’s grandmother, Queen Elizabeth II, during a visit to the U.K. in early 2020, but palace officials blocked it. 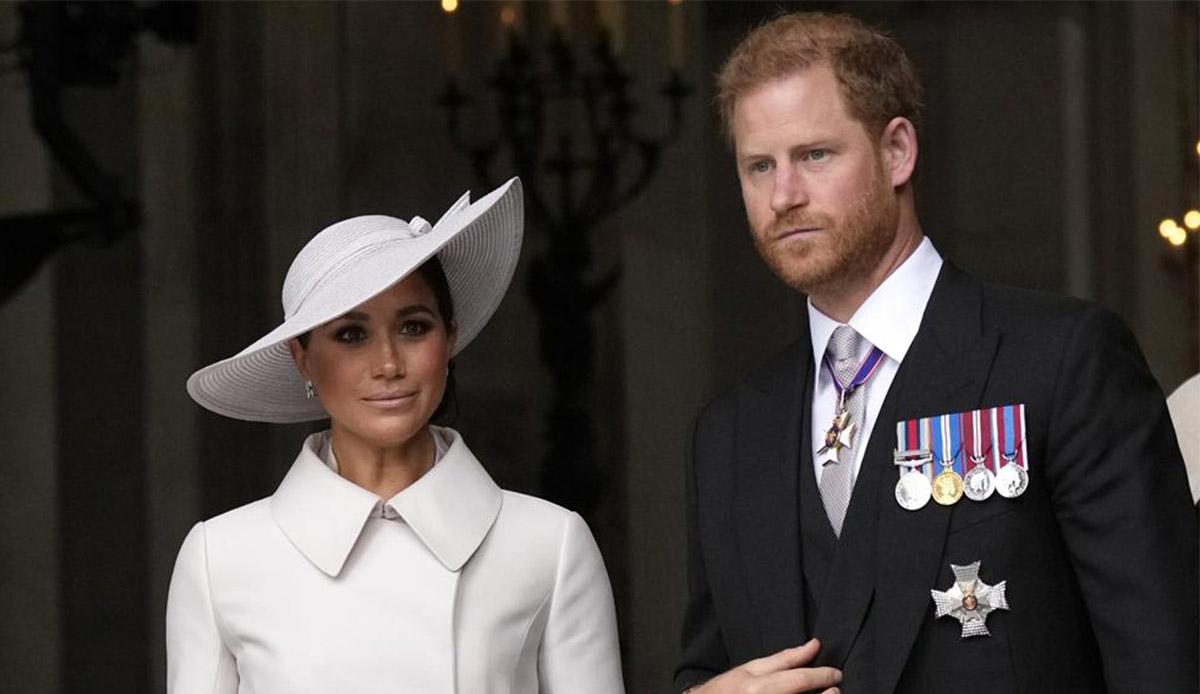 Meghan said Harry received an urgent message saying, “You are not allowed to go and see Her Majesty.” Harry said he rang the queen, who told him that “I didn’t know that I was busy. I’ve now been told I’m busy all week.” “This is when a family and a family business are in direct conflict because they’re blocking you from seeing the queen, but what they’re really doing is blocking a grandson from seeing his grandmother,” Meghan told the documentary makers. 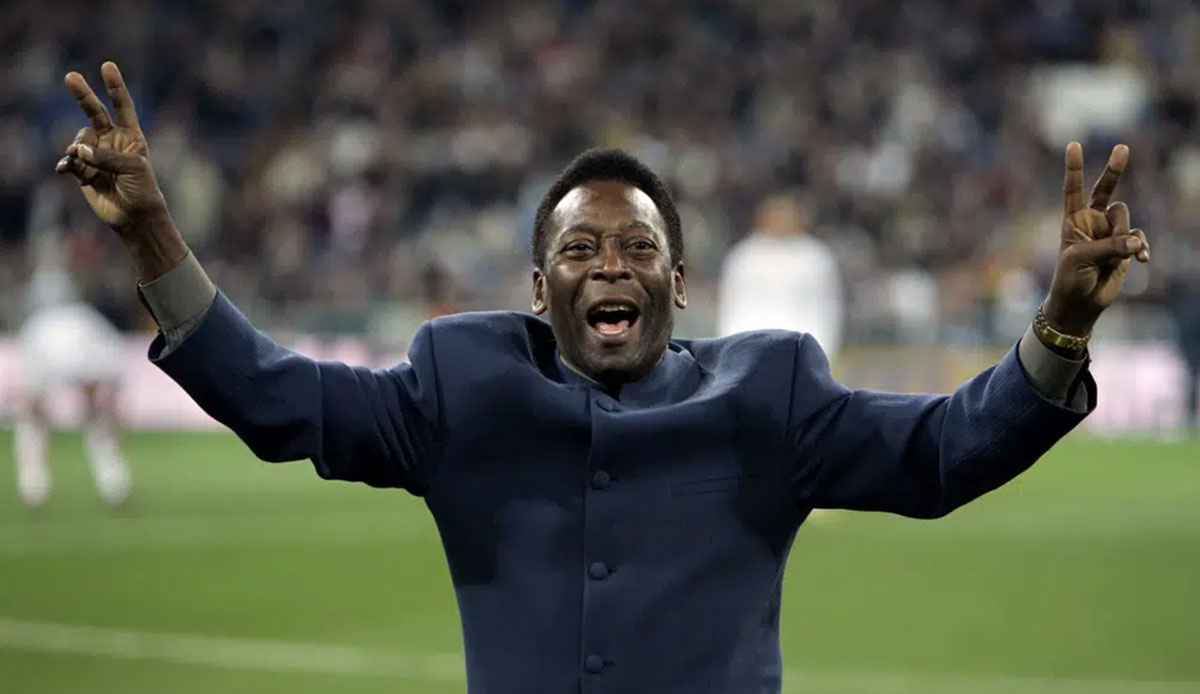 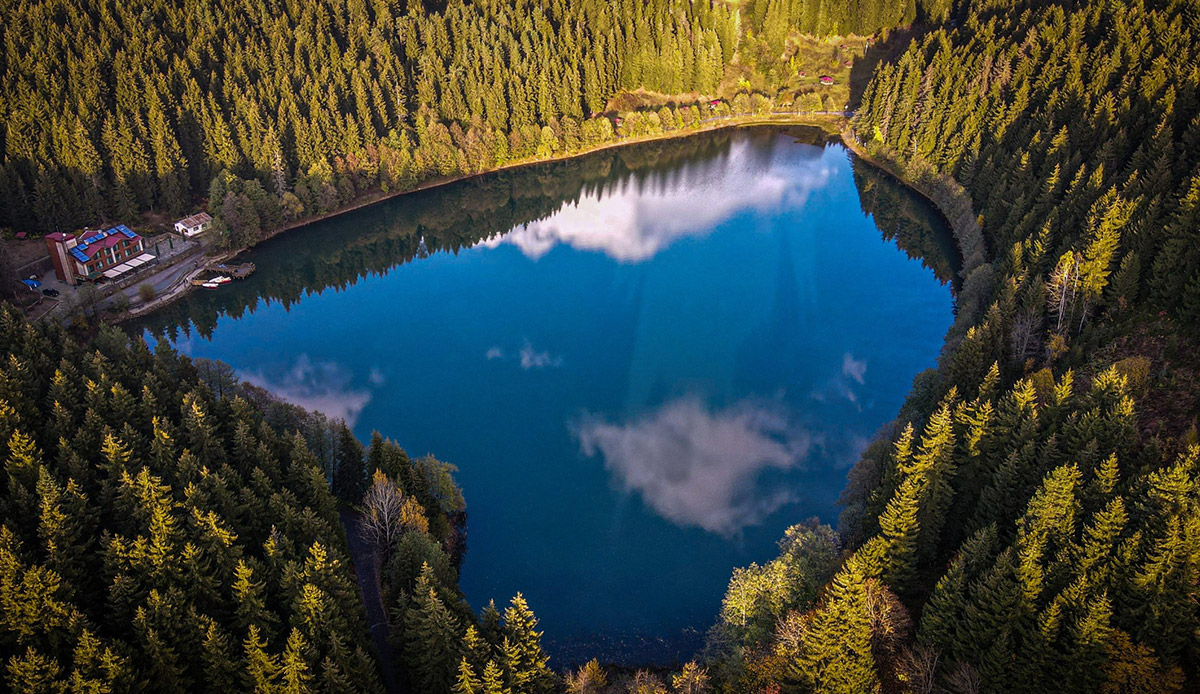 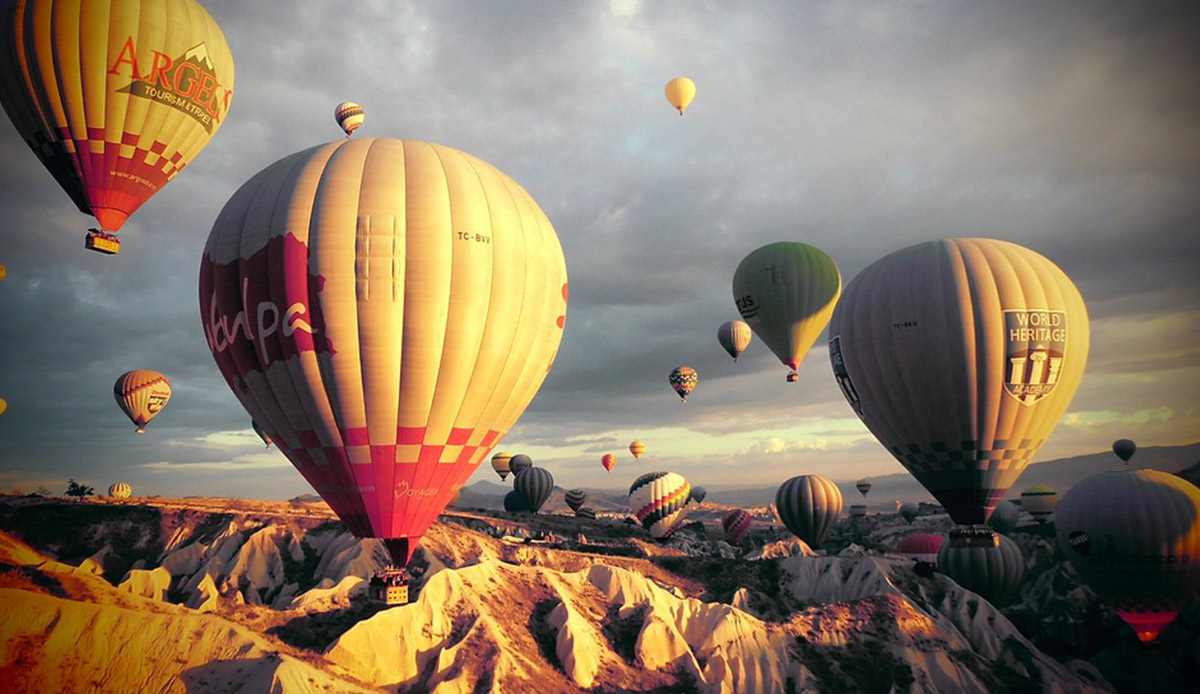 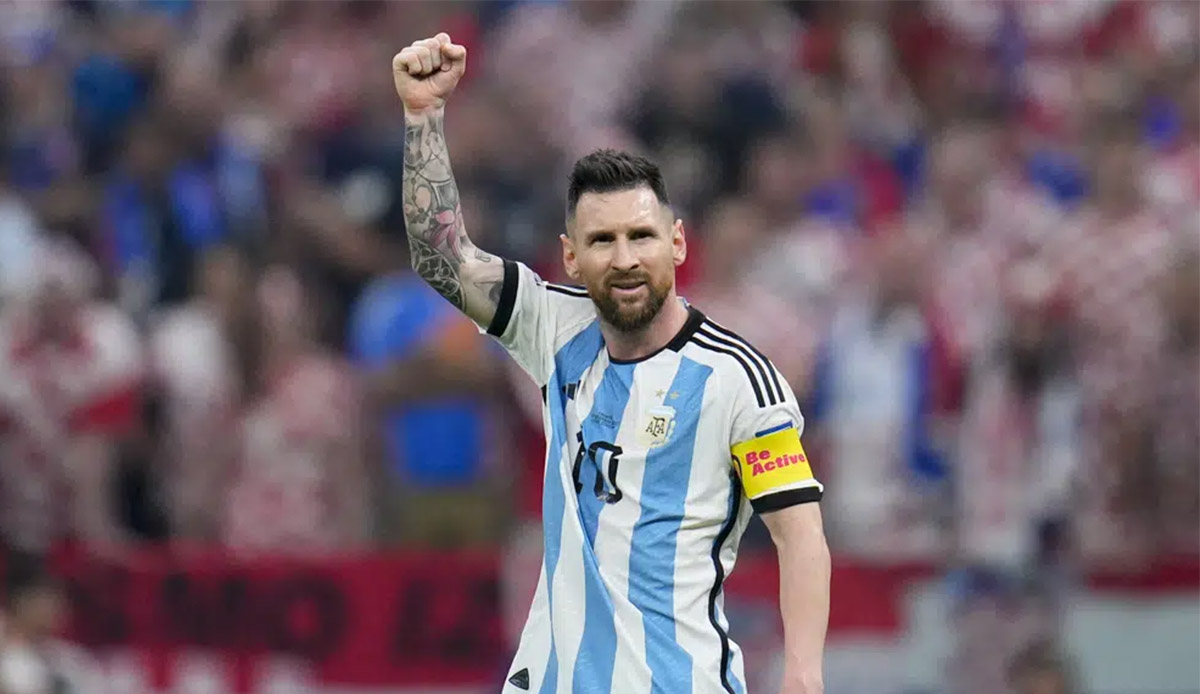 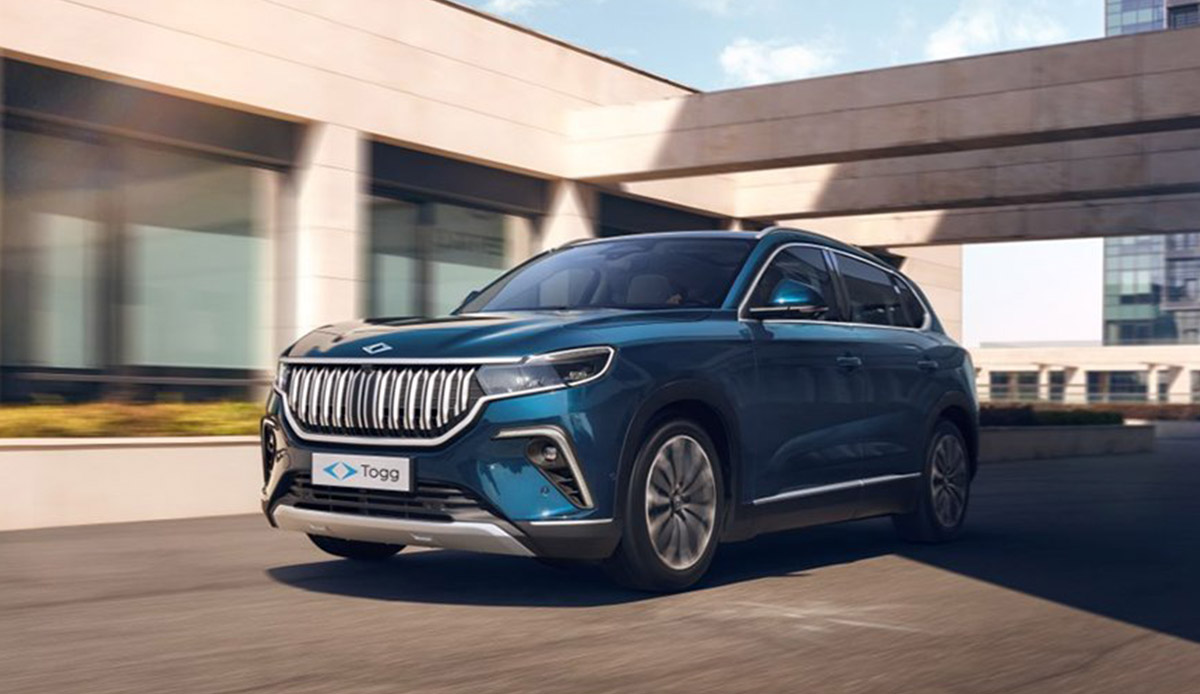 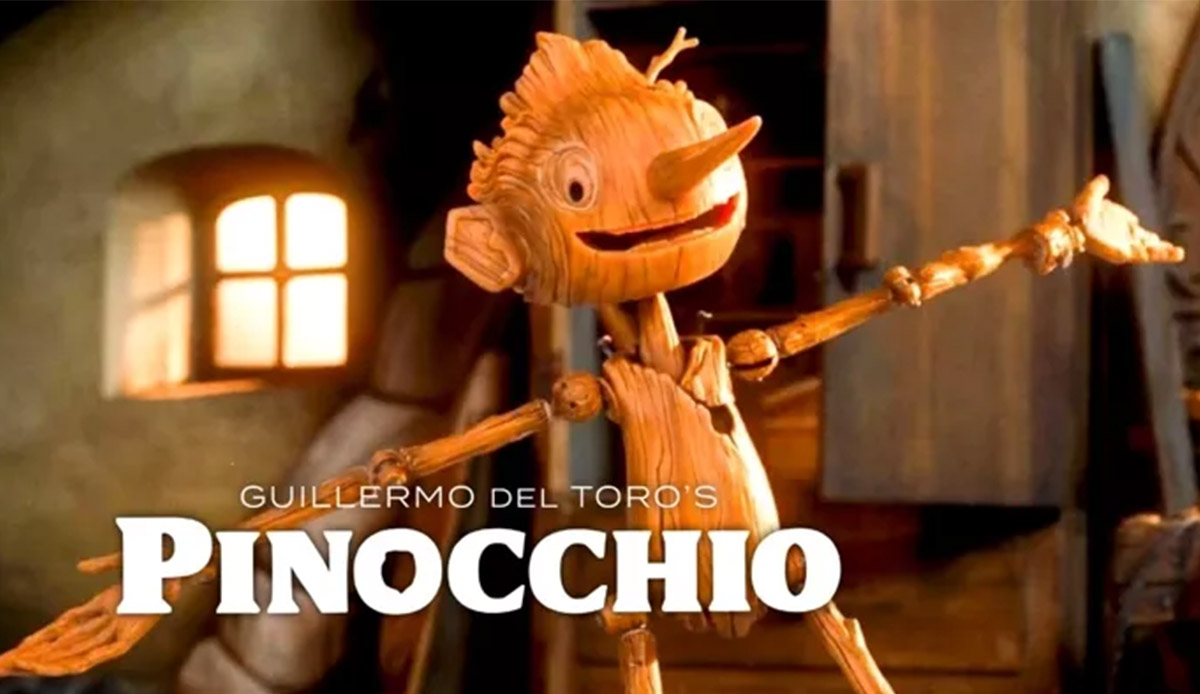 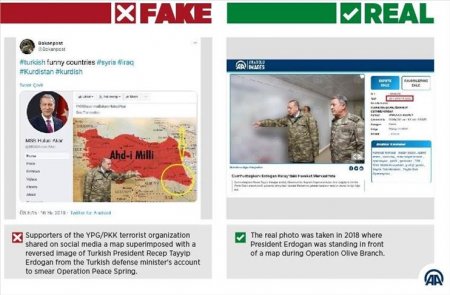 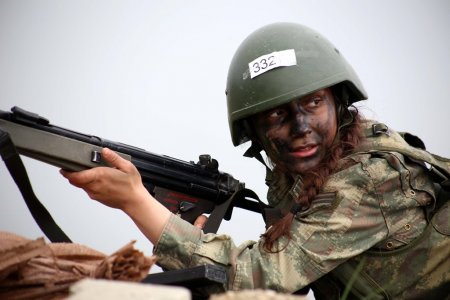