US confirms anti-Daesh airstrike from Turkey

'Coalition now has another strategic location from which it can conduct strikes if and when necessary,' says Pentagon 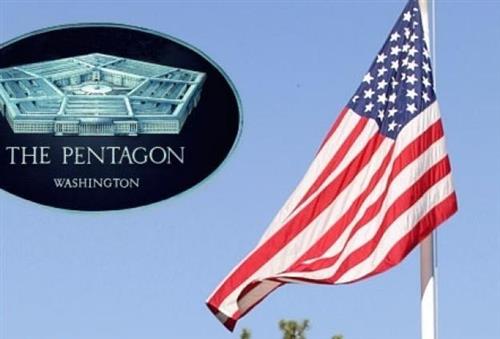 zoom in photo
Share Photo
Font Size:
The Pentagon confirmed Wednesday that it has carried out the first airstrike using a Turkish air base.

Spokeswoman Laura Seal told Anadolu Agency that  a U.S. drone launched from Turkey carried out a counter-Daesh strike Tuesday, but did not give further details on the operation.

The U.S. began flying armed drones from Turkey last weekend, but Tuesdays strike was the first lethal action taken by the U.S. using aircraft from Turkey, according to the Pentagon.

By basing aircraft in Turkey to support Combined Joint Task Force-Operation Inherent Resolve, the coalition now has another strategic location from which it can conduct strikes if and when necessary, Seal said. "The United States, Turkey, and other coalition nations in the region, are committed to the fight against ISIL in the pursuit of peace and stability in the region."

Earlier Wednesday, Turkish Foreign Minister Mevlut Cavusoglu said Turkey and the U.S. had made progress on the use of Turkeys Incirlik Air Base by American military jets.

The U.S. planes have started to come; we will soon launch the comprehensive fight against Daesh, Cavusoglu told Anadolu Agency.

Last month, Turkey agreed to allow the U.S. military to launch airstrikes against Daesh positions from the air base, which is located close to Turkeys border with war-torn Syria.
Tags
Similar News
Video News