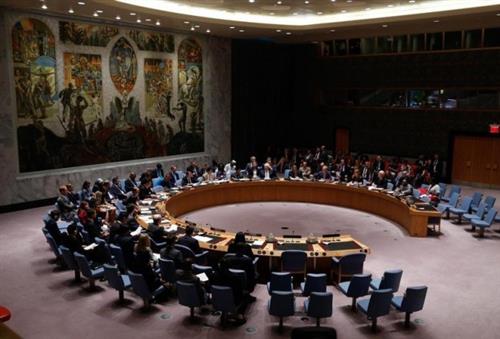 The vote by the 15-member body will come a day after U.S. Secretary of State John Kerry said he had reached an agreement with his Russian counterpart on the resolution.

"We also talked about the U.N. resolution and I believe reached an agreement that should try to see that resolution voted on shortly, which will create a process of accountability which has been missing," Kerry said in Malaysia after meeting with Russia's Foreign Minister Sergei Lavrov.

At the State Department, spokesman Mark Toner said that the ability to designate accountability for chemical attacks is "important movement on that very troubling issue".

The U.S.-drafted resolution, which comes to a vote after months of discussion, asks U.N. chief Ban Ki-moon and the global chemical weapons watchdog, the OPCW, to set up a joint investigative panel within 20 days to identify perpetrators of attacks using chlorine and other toxic agents in Syria.

It sanctions the panel "to identify to the greatest extent feasible individuals, entities, groups, or governments who were perpetrators, organizers, sponsors or otherwise involved in the use of  chemicals as weapons, including chlorine or any other toxic chemical" in the war-torn country.

It also paves the way for holding a specific organization or individuals responsible for deadly chlorine gas attacks to account.

If adopted, the resolution will mark a significant shift in Moscow's stance regarding U.N. action on Syria.

Russia is an ally of Syrian President Bashar al-Assad and has protected his regime from any Security Council action during the four-year civil war, which has left at least 250,000 people dead.

The use of chlorine and other toxic chemicals as a weapon in Syria has been previously documented.

A fact-finding mission by the Organization for the Prohibition of Chemical Weapons found in September 2014 "with a high degree of confidence, that chlorine was used as a weapon systematically and repeatedly in three villages in northern Syria".

The U.S. and its allies, as well as civil rights groups, have repeatedly accused the Syrian regime of launching chlorine attacks with barrel bombs dropped from helicopters. The Assad regime is the only force on the battlefield known to have helicopters.