Turkey rescues 176 asylum seekers pushed back by Greece in Aegean

Turkey already hosts over 4 million refugees, more than any country in world 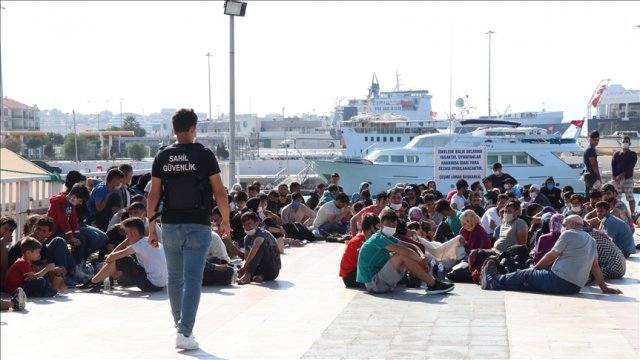 Turkey on Friday rescued at least 176 asylum seekers, who were pushed back by Greek coastal authorities into Turkish territorial waters.

The Turkish Coast Guard rescued 79 asylum seekers off the coast of the southwestern Mugla province.

Similarly, 59 asylum seekers were rescued off the coast of the western Izmir province, 35 in Balikesir and three more in Aydin province.

After routine checks, the asylum seekers were sent to provincial migration authorities.

Turkey has repeatedly condemned Greece’s illegal practice of pushing back asylum seekers, saying it violates humanitarian values and international law by endangering the lives of vulnerable migrants, including women and children.

Turkey has been a key transit point for asylum seekers who want to cross into Europe to start new lives, especially those fleeing war and persecution.

Turkey, which already hosts 4 million refugees, more than any country in the world, is taking new security measures on its borders to prevent a fresh influx of migrants.​