Turkish president calls on everyone to act on climate change 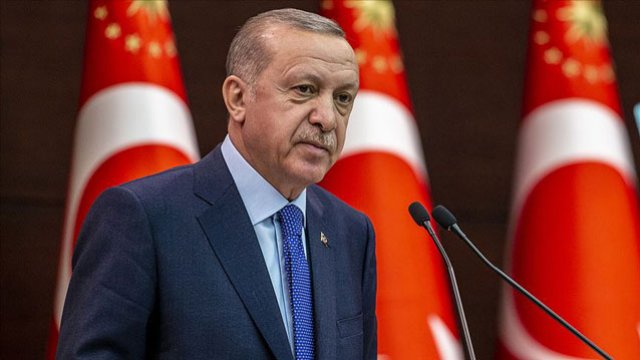 Highlighting the cooperation in the fight to mitigate climate change and environmental problems, the Turkish president said Tuesday that everyone should take responsibility in this regard.

"Regardless of economic power, location, or historical responsibility, all countries should take action on climate change," Recep Tayyip Erdogan said in his video message to UN Biodiversity Conference, also known as COP 15.

Mentioning the global challenges such as climate change, environmental disasters, pollution, water and food safety, and loss of biodiversity faced by humanity, he noted that the recent disasters in various parts of the world have shown the grave extent of these problems.

"We all know the fact that everything in nature is interconnected like the links of a chain. Destroyed biodiversity means polluted environment, lost food, and water," said Erdogan.

Stressing the importance of global cooperation, the Turkish president pointed out that the fight against climate change and environmental problems cannot be left only to specific countries.

He went on to say that destruction of environment is also a factor that turned Mediterranean into "huge refugee graveyard".

Mentioning the biodiversity richness of Turkey, Erdogan said the country is determined to protect its rich biological diversity both on land and in its seas with the understanding of "love the creature because of the creator."

"Thanks to our National Biodiversity Inventory and Monitoring Project, we have prepared our biodiversity inventory. 428 of the inventoried species are local endemic species, and 3,275 of them are endemic and found only in Turkey across the world,” he added.

"In this context, we plan and implement the protection of biodiversity, ensuring its sustainability and integration into the economy with long-term and realistic policies. We will host the 16th Conference of Parties of the UN Convention on Biological Diversity and assume the presidency of the convention in 2022-2024.”

Pointing out that they will play a leading role in taking the necessary steps for the protection of biological diversity at home and abroad in this process, Erdogan reiterated his belief that fair, equitable, and conscientious solutions can be found to all global challenges.

The UN Biodiversity Conference convenes governments from around the world to agree on a new set of goals for nature over the next decade through the Convention on Biological Diversity in the post-2020 framework process.

The framework also sets out an ambitious plan to implement broad-based action to bring about a transformation in society’s relationship with biodiversity and to ensure that, by 2050, the shared vision of living in harmony with nature is fulfilled.