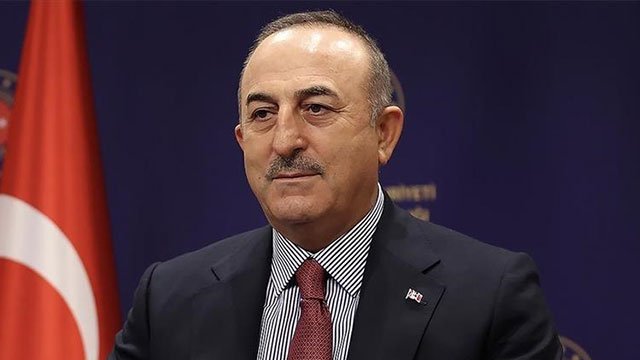 With Afghanistan continuing to struggle with a humanitarian crisis, Turkey's foreign minister on Sunday called on the Organization of the Islamic Cooperation (OIC) to "play a leading role in mobilizing the international support for Afghanistan."

Speaking in Pakistan's capital Islamabad at an exclusive OIC session on the humanitarian crisis in Afghanistan, Mevlut Cavusoglu said solidarity with the Afghan people was "a moral obligation and a religious duty."

"Nearly 23 million people, 60% of the population, are facing hunger in Afghanistan. The OIC should play a leading role in mobilizing international support for Afghanistan. The resolution that we will adopt today should be implemented," he said.

Listing three steps to resolve the Afghan crisis, Cavusoglu said the first priority must be to "coordinate humanitarian assistance," as he thanked Pakistan for facilitating the transfer of humanitarian aid.

He also expressed Turkey's support to Uzbekistan's effort to make the city of Termez "another UN hub for aid, especially to the northern regions" of Afghanistan.

"The establishment of a trust fund by the Islamic Development Bank is a step in the right direction," he added.

Noting that preventing economic collapse in Afghanistan must be the second priority, the Turkish official said that ongoing sanctions, "unfortunately, crippled the financial system, and pledges will be meaningless unless this money reaches the Afghans. We should work on solutions to unlock financial channels for resolving the liquidity and bank transfer problems."

Highlighting the "humanitarian and economic crisis," increasing migratory pressure and the burden on neighboring countries, Cavusoglu said: "The OIC should work with other international organizations like UNHCR and IOM (International Organization for Migration) to support displaced persons."

As a third step, Cavusoglus said that "engagement with the Taliban" would be necessary to achieve stability.

"As brothers, we continue to advise the acting government to be inclusive, protect the rights of all and expand access of women and girls to employment and education," he said, welcoming "positive statements and steps" on the matter.

"This will increase the legitimacy and strength of the government both inside and outside the country," added Cavusoglu.

Noting that the "worsening crisis" greatly impacted Muslim nations of Asia, Cavusoglu hailed the active engagement of Asian countries, such as Pakistan, Iran, Uzbekistan, Turkmenistan, Indonesia, and Malaysia, on the Afghanistan issue.

"We should do more and play our flagship role as the Islamic community," the minister said, adding that a joint visit by OIC foreign ministers to the Afghan capital Kabul should be arranged to show solidarity with the people of Afghanistan, as well as to send "our messages directly, and take the lead as Islamic nations."

Before concluding his address, he also reiterated Turkey's "determination and support to achieve an independent Palestine" with Jerusalem as is its capital.

Cavusoglu later told reporters he had conveyed Ankara's recommendations to the Taliban administration.

The Turkish foreign minister also held bilateral talks with his counterparts on the sidelines of the event.

He met with Azerbaijani Foreign Minister Jeyhun Bayramov, with whom he addressed recent developments in the Caucasus.

On Twitter, the Turkish minister said Turkey and Azerbaijan "will continue to act together at every stage of normalization" in the region.

Separately, Cavusoglu also shared a photo with his Pakistani counterpart Shah Mehmood Qureshi on social media, saying the foreign ministers' meeting underlined the need to increase "our joint efforts to alleviate the humanitarian crisis in Afghanistan."

He also met with the acting Afghan Foreign Minister Amir Khan Muttaqi and discussed the current situation in Afghanistan.

The OIC member countries' foreign ministers met in Islamabad to discuss the growing humanitarian and economic crises in Afghanistan.

The Muslim bloc also invited delegates from the US, UK, EU, China, Russia, France, and other international organizations to the extraordinary session.