Kostis Hatzidakis says he does not believe prime minister involved

The Greek newspaper Documento published phone conversations Sunday of Greece’s labor minister, a close aide of Prime Minister Kyriakos Mitsotakis, marking the latest development in a wiretapping scandal that has rocked the country.

Kostis Hatzidakis was spied on by the National Intelligence Service (EYP) from Nov. 27, 2020 to Nov. 17, 2021 when he was energy minister, said the newspaper. The monitoring was done on his official mobile number and the monitoring code in the EYP for the minister was 5046c, it said, noting that not only were his phone conversations with journalists, senior bureaucrats and businessmen monitored but also those of a private nature.

Meanwhile, the Left.gr news outlet reported that Hatzidakis said he does not believe Mitsotakis is involved in his surveillance while not objecting to Documento’s disclosure.

“In no way do I believe there is even the slightest possibility that the prime minister -- with whom I have excellent cooperation and who has honored me with his friendship for so many years -- is involved in this whole story,” he said in a statement. Hatzidakis however added that “the judiciary must deal with this whole issue quickly and comprehensively, leading to the punishment of all those who in any way have committed illegalities in this particular case, as it is a matter of democracy."

Similarly, government spokesman Giannis Oikonomou reiterated that the prime minister did not know of the illegal surveillance operations, for which he did not give any order. An investigation is already underway in order to clarify every aspect of the scandal, even if activities were developed inside the EYP outside of its legal framework, he said.

In response, Nasos Iliopoulos, the press representative of the main opposition SYRIZA-PS party, said in a statement that “the last line of defense is that Mr. Mitsotakis allegedly did not know but some malicious circles in the EYP, which he heads, have become autonomous and illegal.”

The party repeated that Mitsotakis should immediately resign.

On Aug. 8, Prime Minister Kyriakos Mitsotakis acknowledged that opposition politician Nikos Androulakis was wiretapped by Greece’s intelligence agency but denied knowledge of the operation. The scandal first emerged on Aug. 4, when Panagiotis Kontoleon, then-head of the National Intelligence Service (EYP), told a parliamentary committee that the intelligence agency had been spying on financial journalist Thanasis Koukakis.

On Aug. 5, Kontoleon, along with the general secretary of the prime minister’s office, Grigoris Dimitriadis, resigned. A parliamentary probe was launched after Androulakis complained to top prosecutors about an attempt to hack his cellphone with Predator spyware.

Opposition parties have been blaming Mitsotakis for the scandal and have called for his government to hold snap elections, something he rejects.
The European Commission and European Parliament are closely monitoring developments related to the scandal. 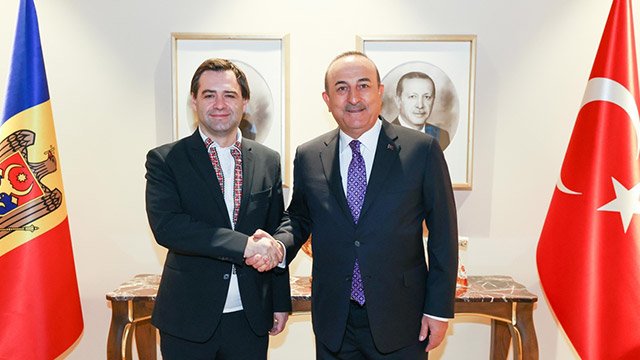