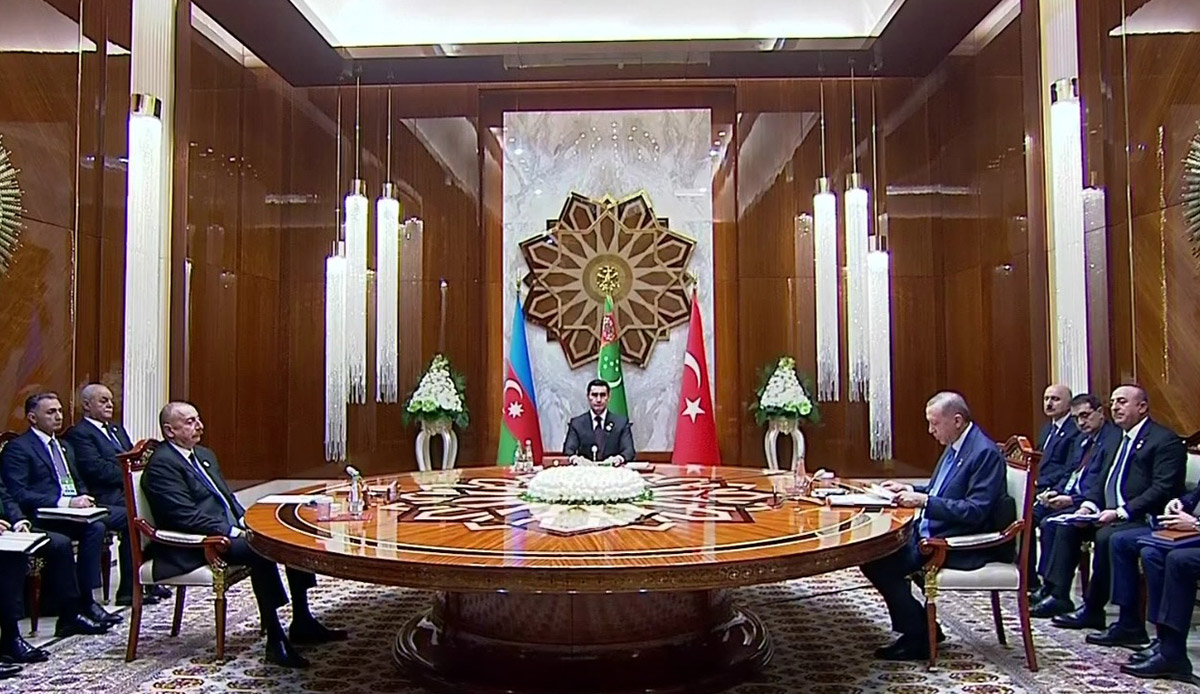 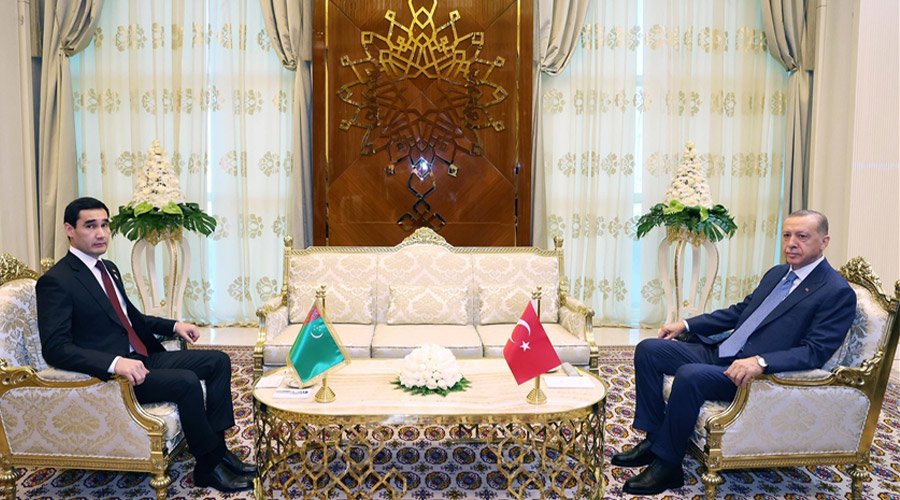 Ahead of the summit, the leaders attended a family photo shoot. The presidents will sign several agreements which aim to strengthen cooperation. Earlier, Erdogan held separate closed-door meetings both with Gurbanguly Berdimuhamedov, the chairman of the People’s Council of Turkmenistan, the upper chamber of the parliament, and his Turkmen counterpart Serdar Berdimuhamedov. 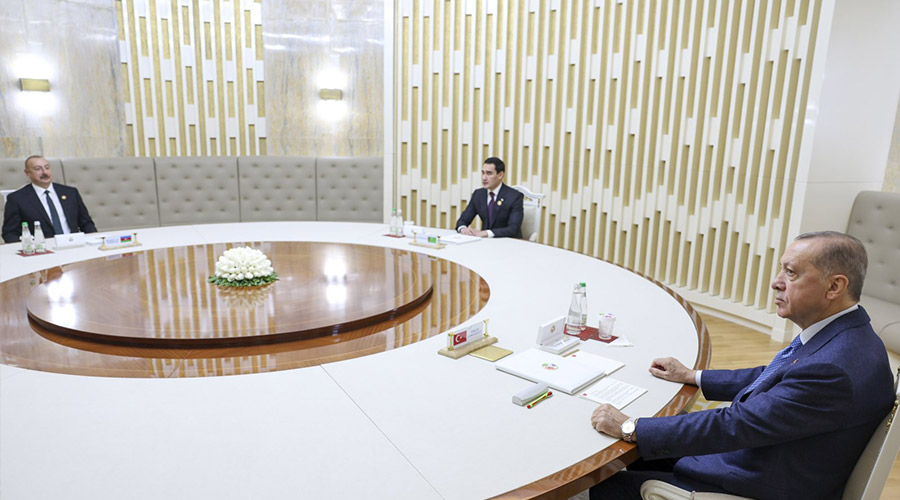 Türkiye continues its talks with both Russia and Ukraine to end their ongoing war, soon set to enter its 10th month, President Recep Tayyip Erdogan said on Wednesday.

"We witnessed, along with the grain agreement and exchange of prisoners, that the way to peace can be paved if diplomacy is given an opportunity,” Erdogan told a trilateral summit between Türkiye, Azerbaijan, and Turkmenistan, mentioning Turkish-brokered agreements between the two sides.

"We continue our talks with (Russian President Vladimir) Putin and (Ukrainian President Volodymyr) Zelenskyy in this direction. Hopefully, we will first achieve a cease-fire and then lasting peace in our region."

‘A JUST PEACE CAN ONLY BE ESTABLISHED THROUGH DIALOGUE’

"As the president of Türkiye, I have stated from the very beginning that .... a just peace can only be established through dialogue. From the very first day, we have made sincere efforts at the bilateral and other levels to stop the bloodshed and end the conflicts," he said. 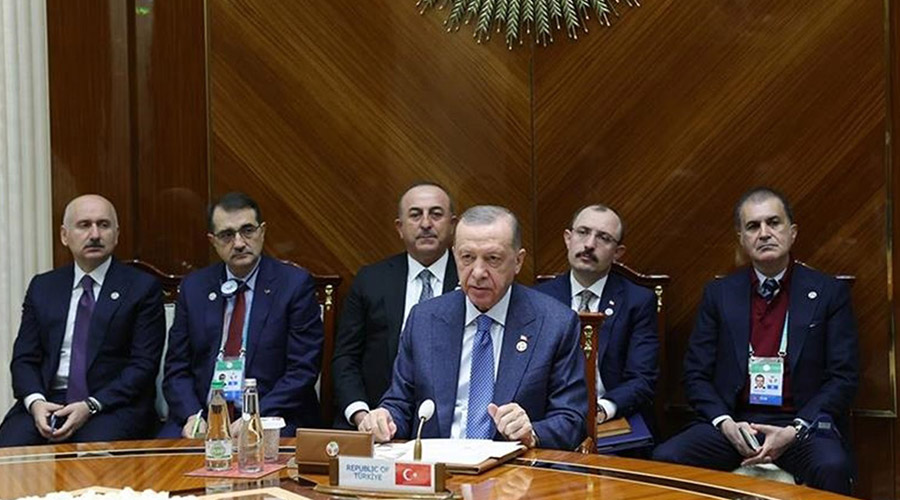 Türkiye, internationally praised for its unique mediator role between Ukraine and Russia, has repeatedly called on Kyiv and Moscow to end the war through negotiations.

"I sincerely believe that our relations, which are strengthened by our fraternal ties, will be further strengthened on the basis of our strategic advantages. Our goal is to evaluate new opportunities that develop with global and regional dynamics in line with the welfare of our people and the stability of our region," Erdogan said.

Erdogan also said Turkmenistan's full membership in the Organization of Turkic States would strengthen the group. Since 2021, Turkmenistan has had observer status in the group. 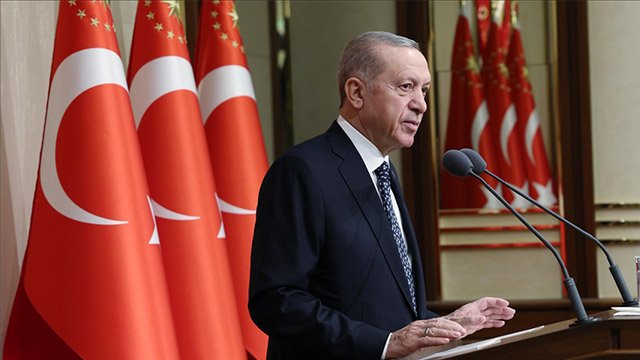 Türkiye to continue fighting terrorism until threat over: President 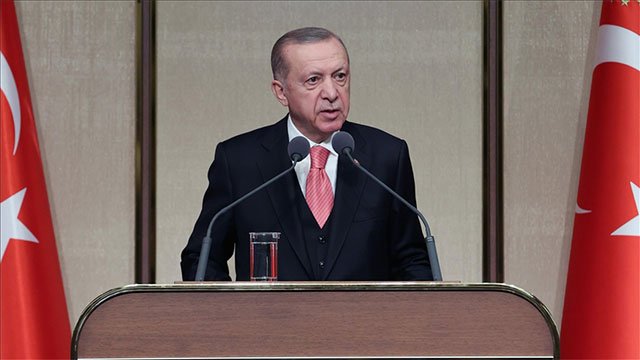