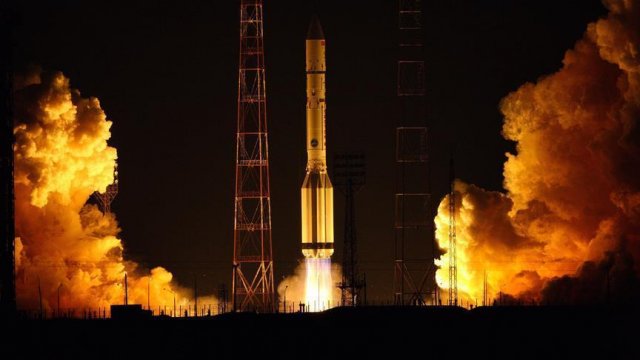 The satellites, Turksat 5A and Turksat 5B will be launched by the Falcon 9 rocket -- a two-stage rocket designed and manufactured by SpaceX for the reliable and safe transport of satellites, Arslan said.

Turkey signed a deal with Airbus Defence and Space (Airbus D&S) -- of which Space X is a sub-supplier -- for the production of the two satellites, during the ongoing Global SatShow in Istanbul.

Airbus had made the best bid to produce the satellites in October.

The satellites will play a vital role in Turkey's development in the telecommunication sector, Arslan said, adding that they are being produced by Turkish engineers and domestic resources.

Nicolas Chamussy, executive vice president of Airbus, said that the Turkish aerospace industry will benefit from this production.

Turksat 5B will be built in facilities in Ankara and Turkish institutions such as defense company Aselsan will contribute to the project, Chamussy said.

The two discussed the launch of the two new satellites, said Ibrahim Kalin, the presidential spokesman.