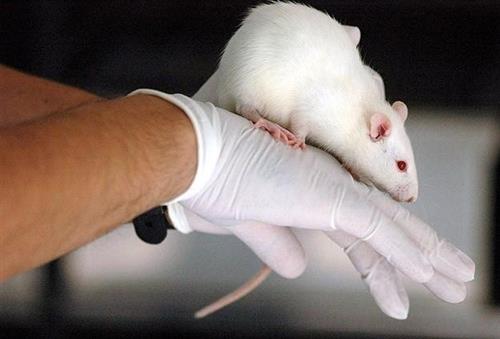 zoom in photo
Share Photo
Font Size:
In a groundbreaking new breakthrough for neuroscience, scientists were able to control the movement of mice via remote control.

Scientists created a minuscule remote-controlled brain implant that can be used to inject drugs directly into tissues as well as help neuroscientists understand neurons located deep within the brain. The results of the study, partially funded by the National Institutes of Health and conducted by researchers at the Washington University School of Medicine in St. Louis, and the University of Illinois were published in the journal Cell.

The experiment might seems straight out of a science fiction novel but the results actually have important implications for the future of medicine, especially when it comes to the brain.

Researchers believe the study could help in the treatment of pain, depression, addiction and other afflictions, which is one reason the NIH opted to fund it.

It unplugs a world of possibilities for scientists to learn how brain circuits work in a more natural setting, said the studys senior author Michael R. Bruchas, Ph.D., associate professor of anesthesiology and neurobiology at Washington University.

The optofludic -- technology that combines fluid delivery with light -- implant designed by scientists is made of soft material and remarkably miniscule -- it measures only a tenth of the diameter of a human hair. The experimental, next-generation implant can deliver drugs and emit light at the same time.

The innovation here is they combine both technologies in one device, Dr. James Gnadt, program director at the NIHs National Institute of Neurological Disorders and Stroke, said in an interview with Anadolu Agency.

By flashing lights and delivering microscopic amounts of different drugs, scientists were able to control the movement of lab animals with the press of a button on a wireless control several feet away.

The mice were genetically engineered so that their neurons would respond to the light emitted by the implant; therefore, Gnadt said, the lights in the device wouldnt work in a normal mouse.

The tiny size of the implant allows researchers to bury deeper into tissues than ever before. The implant is much thinner than the tubes doctors currently use to deliver drugs, which damage more sensitive tissue.

We used powerful nano-manufacturing strategies to fabricate an implant that lets us penetrate deep inside the brain with minimal damage, according to co-senior author John A. Rogers, Ph.D., of UIUC. Ultra-miniaturized devices like this have tremendous potential for science and medicine.

Neuroscientists used the implant to specifically look at brain circuits that are involved in stress, depression, addiction, and pain. In most previous experiments looking at similar neurons, scientists have to resort to damaging surgery and bulking devices that impede the natural movement of animals and affect their overall brain activity. The optofludic implant is far less intrusive, and thus far more valuable for future research.

Making them implementable opens up a whole arena of progress, Gnadt said.

In designing the implant, scientists looked toward Silicon Valley. The implant was manufactured using techniques similar to how microchips are built and has the capability to carry four different drugs. It also carries four diodes to emit light.

The study began before President Barack Obama unveiled the White Houses Brain Research through Advancing Innovative Neurotechnologies (BRAIN) Initiative to better understand the human brain, which is still one of the most mysterious frontiers of medicine. There are strong connections between the scientists and research revealed in this study, and the national project.

"This is research at the level of discovery -- how the brain works, Gnadt continued. Depression is thought to be a misbalance of chemicals of the brain -- if you knew the balance of the chemicals, you could bring them back into balance."

Much of the hype around the study has used somewhat loaded terms like mind control, but Gnadt explains that using an implant like the one in the study isnt really summer blockbuster territory.

The idea that you could control someones thoughts with this is pretty far from reality, he said.

While undoubtedly a breakthrough, these implants are fairly simple, Gnadt noted. He likened the implant to a pacemaker used to control heart arrhythmias. The devices in the study can turn on a light or deliver a tiny reservoir of drugs, but couldnt take over a persons mind.

As for the ethics of a brain implant, Gnadt pointed out that one component of Obamas Brain initiative is to open up an office that specifically deals with the moral quandaries of neuroscience. And any sort of medical implant for the brain would face a robust regulatory environment including a slew of reviews and trials.

The importance of this is the micro-engineering, Gnadt said, our being able to bring really cutting edge engineering and miniaturize it to the point where we can use it fairly non-invasive ways in animals to find how out the brain works.

The impacts of this might be two years away or 20 years away, Gnadt added, claiming that the experiments marriage of biology and engineering to better understand the basics of the brain was really cool.