Value-added content in exports from Ankara is higher than that of Istanbul, head of city's Chamber of Industry says. 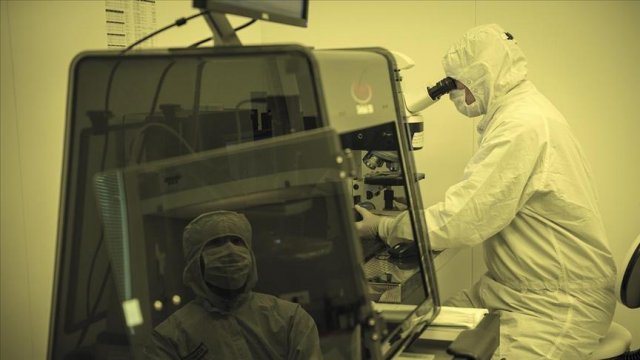 A high-tech economy is growing in Turkey’s capital, Nurettin Ozdebir, head of Ankara’s Chamber of Industry, has told Anadolu Agency.

“Ankara is becoming a center for high-technology, with local innovation exceeding that of Istanbul,” Ozdebir said.

The quality of exports of Ankara has become very high, as the level of value-added content in exports from here is more than 30 percent higher than that of the Turkish average, more than Istanbul contributes, Ozdebir explained.

“What’s more, industries with a high level of technological innovation are expanding in Ankara. Defense technology is the largest sector, and is expanding very rapidly.

“But the level of research culture in Ankara has become very high, thanks in part to the concentration of defense industry innovation. It has spread to areas like information technology, and particularly software, which are also growing fast,” Ozdebir said.

Ozdebir pointed out that Ankara has six technoparks, of which the oldest and largest is METU Technopolis, established in 2001. It houses more than 250 companies.

There were six Ankara-based companies included among the Deloitte Technology Fast50 companies in 2014.

“In our technoparks, cutting-edge innovation is taking place. For example, Ankara software companies are leaders in the development of embedded software -- not just in Turkey, but abroad. They are taking a large share of export markets,” Ozdebir said.

Ankara produces more patents than any other city in Turkey, thanks to the high level of research at its technoparks, Ozdebir said.

“And there is a nanotechnology cluster centered around the Ankara technopark which is among the best in the world,” he added.

However, the research culture of Ankara should spread further, to the other cities of Anatolia, Ozedemir said, adding: “We need to increase our human capacity so that the province and the region can benefit from it.”

Ankara is also taking advantage of the diversification of the defense industry, according to Ozdebir. Some of the Ankara defense companies are moving into related areas like electronics and high-speed trains.

“This will increase investment in Ankara, bringing in new companies and new capital,” he said.

Where Ankara has been less successful, Ozdebir admitted, is in attracting foreign direct investment.

“The lure of Istanbul is great in this area among foreign companies. What’s more, the construction industry attracts more investment than high-tech, because the time for a return on investment is shorter.”

However, this is changing as interest in Ankara’s high-tech sector grows, according to Ozdebir.

“As the quality of our innovation and technology input becomes better known, increasing investment will follow,” he said.