The moon spun on a different axis and the early Earth saw a different side of the satellite’s face billions of years ago, according to a study published Wednesday. 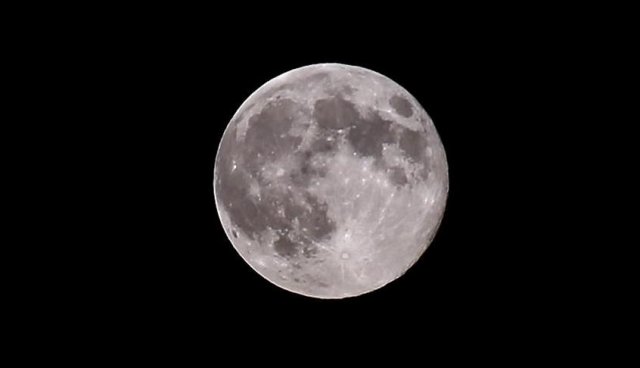 The research, which utilized data collected by NASA’s Lunar Prospector spacecraft in the late 1990s, claims that the moon used to spin at a completely different angle compared to its current position.

The move means the Earth witnessed a different side of the moon during its infancy.

Essentially, the moon’s polar shift would be like if the Earth’s north pole moved to Greenland, the astronomers claim. The discovery also means that a large proportion of the frozen water at the moon’s poles was formed before the axis shift and likely dates to the early days of the solar system -- an estimated 4.5 billion years ago.

If a space agency sent a rover or astronauts to the lunar poles, collection there would be a sampling of some of the oldest water in the known universe, researchers believe.

“This was such a surprising discovery,” said study author Matt Siegler, a planetary scientist at Southern Methodist University in Dallas, Texas. “We tend to think that objects in the sky have always been the way we view them, but in this case the face that is so familiar to us – the ‘Man on the Moon’ – changed.”

The moon’s polar ice is now extremely tantalizing for scientists since it likely provides insight into the solar system’s early days.

Researchers believe it holds clues to the ancient source of water for the moon and the Earth.

The study, funded by NASA and conducted by researchers in Arizona, California and Texas, was published Wednesday in the journal Nature.