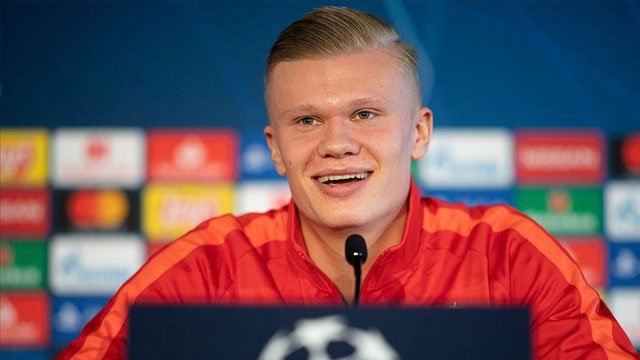 ''Bundesliga club Borussia Dortmund have signed a classic number nine: 19-year-old Erling Braut Haaland, the most exciting young striker in Europe, is moving from Salzburg to join the the eight-time German champions,'' the club said in a statement.

Haaland inked a deal until 2024, the German club added.

''Despite receiving numerous offers from some of the biggest clubs in Europe, Erling Haaland has decided that the best option for his career is to come and join our project here at BVB. Our persistence has paid off,'' Hans-Joachim Watzke, a chief executive officer of Borussia Dortmund, said.

The Norwegian striker said that he cannot wait to appear in front of the Dortmund fans at the Signal Iduna Park.

''I had several intense conversations with the club's management team, in particular with Hans-Joachim Watzke, Michael Zorc and coach Lucien Favre. Right from the very start, I knew I wanted to move here. I'm so excited,'' he added.

The 19-year forward had his impress on this season with Salzburg, scoring 28 goals in 22 matches.