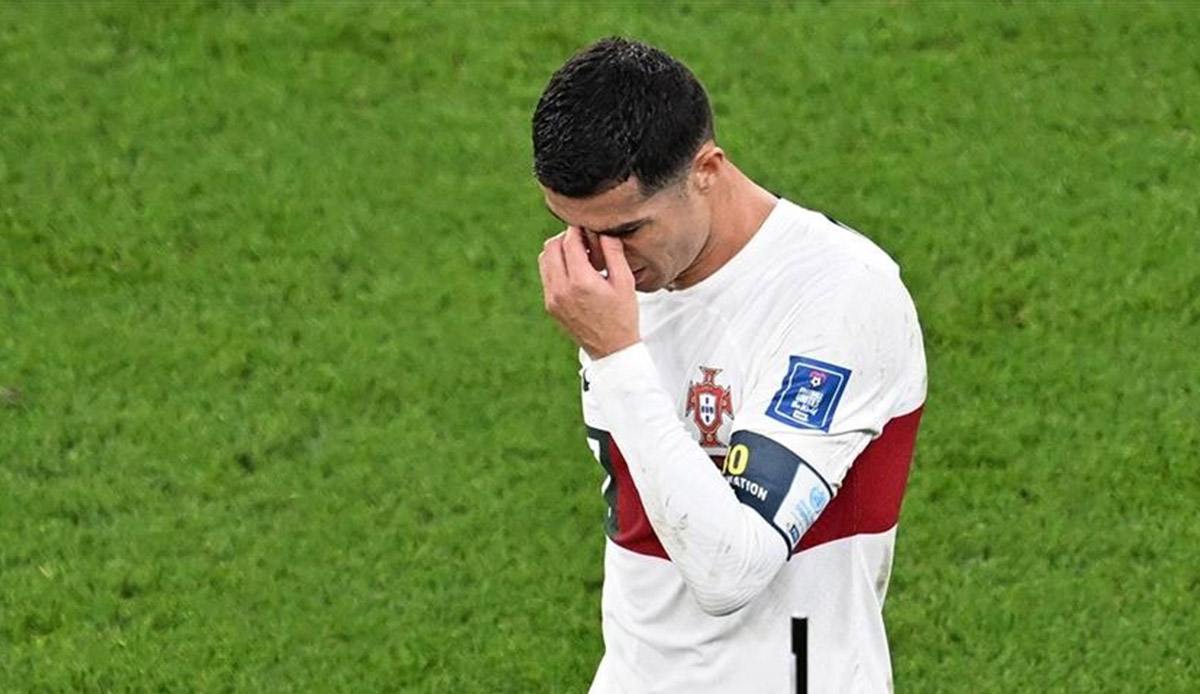 Cristiano Ronaldo, who left the field in tears after Portugal's 0-1 defeat against Morocco in the quarter-finals on Saturday, has said his dream of winning a World Cup for the country has ended.

"Winning a World Cup for Portugal was the biggest and most ambitious dream of my career," the star forward said in an Instagram post on Sunday.

"Fortunately, I won many titles of international dimension, including for Portugal, but putting our country's name on the highest level in the world was my biggest dream.

"I fought for it. I fought hard for this dream. (..) I gave my all. I left everything on the field. I never turned my face to the fight and I never gave up on that dream.

"Unfortunately, yesterday the dream ended ... my dedication to Portugal has not changed for an instant. I was always one more person fighting for everyone's goal and I would never turn my back on my teammates and my country," he said.

He also thanked his country and World Cup hosts Qatar.

"Thank you, Portugal. Thank you, Qatar. The dream was beautiful while it lasted ... Now, it's time to be a good advisor and allow each one to draw their own conclusions."

Ronaldo has been capped 195 times and scored a record 118 goals for his country.

He started the Saturday fixture on the bench and came on only in the 51st minute at the Al Thumama Stadium.

By beating Portugal, Morocco made history as the first African team to reach a World Cup semifinal.