Special event held for 2022 FIFA World Cup. The 'World Cup and Camels' event in Qatar aims to introduce the cultural heritage of camel racing to visitors. A handball match on camels is for 30 minutes made up of two 15-minute halves. Al-Kuwari tried to generate a new branch of sports, 'camel handball'. 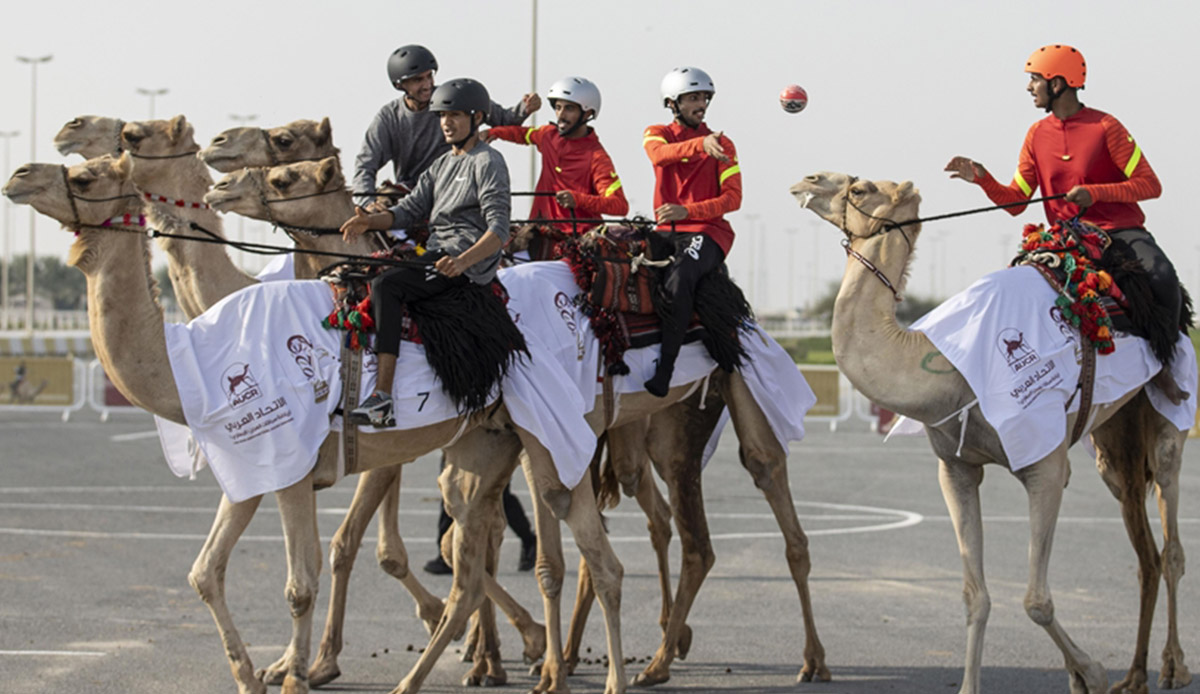 People played handball on camels in Qatar for the first time as part of a special event in the country that hosts the 2022 FIFA World Cup. Spectators seemed to be thrilled while watching the 'camel handball' matches played in Al-Shahaniya, a town near the capital Doha.

Each team had three camels as the Qatari national team and a team representing Africa met first. Then "Asia 3" faced "Amateurs 10" in another match.
A handball match on camels is for 30 minutes made up of two 15-minute halves.

Abdullah bin Muhammad Al-Kuwari, the Arab Union for Camel Races (MAHARI) president, told that the 2022 World Cup is an opportunity for Qatar to introduce the cultural heritage of the country to the world.

THEY TRIED A NEWS BRANCH OF SPORTS

Al-Kuwari added that with this legacy they tried to generate a new branch of sports, 'camel handball', which is one of a kind. The 2022 World Cup will end on Sunday as Argentina will face France at the Lusail Stadium.