Galatasaray defeated arch-rivals Fenerbahce with a 3-0 score on road in week 18 of the Turkish Super Lig on Sunday. Galatasaray remained at top of Super Lig, 4 points ahead of 2nd-place Fenerbahce. Irfan Can Kahveci, who came off the bench, was shown a straight red card after a foul on Leo Dubois in the 86th minute. 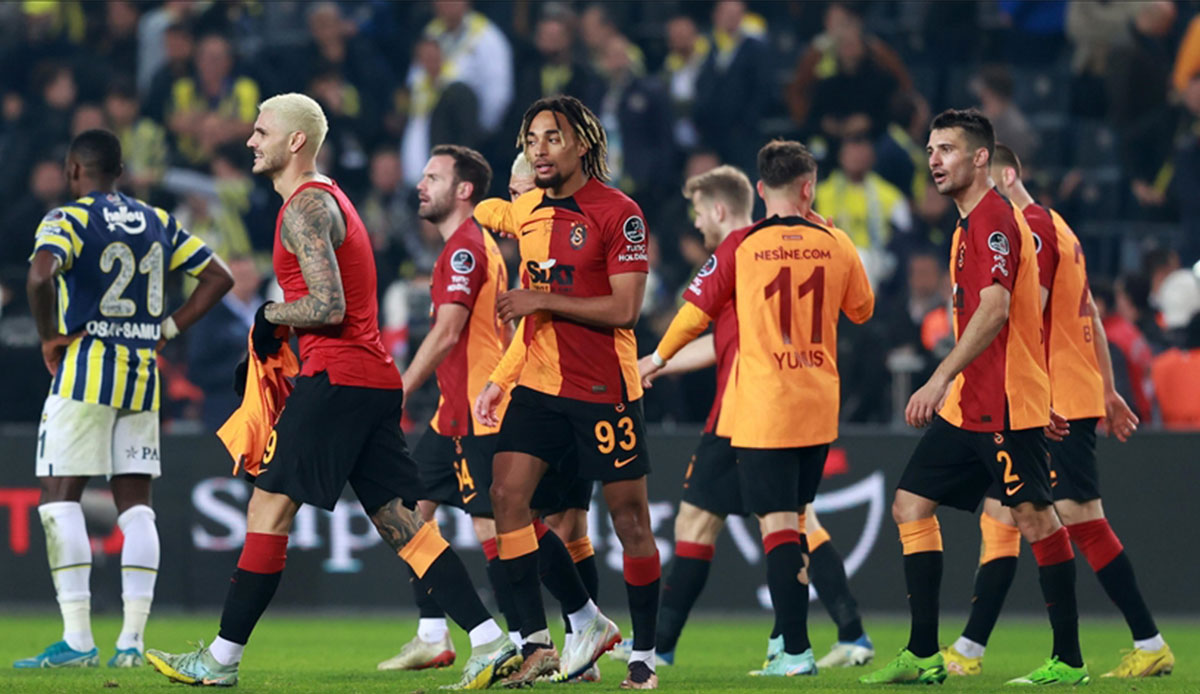 Abdulkerim Bardakci scored a header for Galatasaray but it was disallowed by the video assistant referee (VAR) because of a tight offside call at Ulker stadium. Galatasaray found a goal with Kerem Akturkoglu but the referee Halil Umut Meler disallowed it again for offside.

The Lions broke the deadlock when Sergio Oliveira fired a classy close-range finish from the right side of the penalty area in the 32nd minute. In the 35th minute, Michy Batshuayi's right-footed shot from very close range to the bottom right corner was denied by a fine save from goalie Fernando Muslera.

After two minutes, Willian Arao's stinging close-range was saved by Muslera. In the 65th minute, Fenerbahce goalkeeper Altay Bayindir made a smart save from a powerful strike by Dries Mertens.
Galatasaray doubled the lead when Kerem Akturkoglu scored on a counter-attack in the 78th minute. Argentine forward Mauro Icardi assisted him.

DERBY ENDED WITH A 3-0 SCORE

Irfan Can Kahveci, who came off the bench, was shown a straight red card after a foul on Leo Dubois in the 86th minute. Icardi scored another goal for Galatasaray as the derby ended with a 3-0 score in Istanbul.
Collecting 39 points, Galatasaray remained at the top of Super Lig, four points ahead of second-place Fenerbahce.