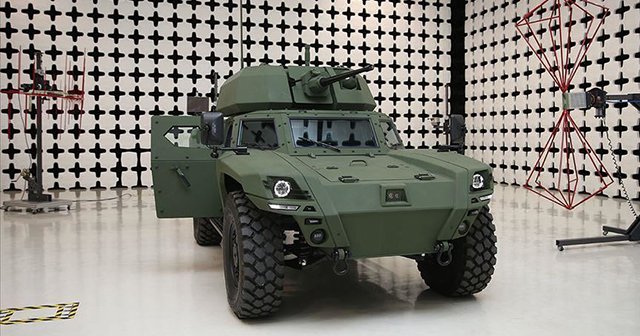 "Combining the advantages of greater maneuverability and a low acoustic and thermal signature than traditional armored vehicles, Akrep II has an engine capable of meeting all the requirements of armies all over the world," he added.