Teknofest welcomes over 250,000 visitors in 2 days 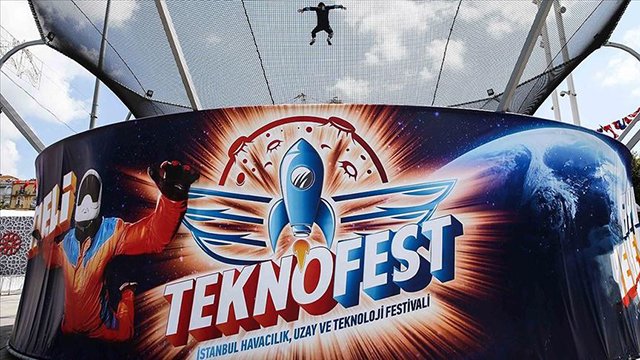 Turkey's largest technology and aerospace fair Teknofest Istanbul welcomed over 250,000 visitors in the first two days, the head of the organizer foundation said on Thursday.

The rate of participation to the event, which hosted around 550,000 visitors last year, is higher this year, said Selcuk Bayraktar, the chairman of the Turkish Technology Team (T3) Foundation.

"While the event was visited by people from 60 countries last year, this year people came from 122 countries," he noted.

The event, which will end on Sunday, is expected to be attended by a million domestic and international visitors.

He said that competitors in the event are monitored closely, their success will be turned into enterprises and they will have role in R&D teams of Turkey's largest companies.

Istanbul Ataturk Airport is hosting the six-day festival, co-organized by the Turkish Technology Team Foundation and the Industry and Technology Ministry. Anadolu Agency is the festival’s global communications partner.