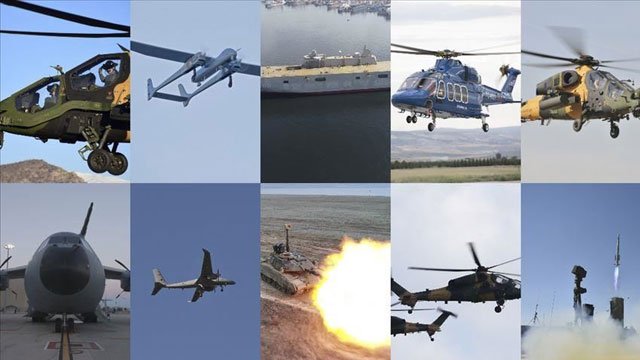 Over the past year, Turkey took significant steps in its indigenous defense sector, from unmanned aerial vehicles (UAV) to tanks and warships.

The year also saw the delivery of Russia's S-400 air defense system to Turkey. The system is expected to go online in 2020.

Turkey began work on a fifth vessel as part of its National Ship (MILGEM) project, after completion of the fourth -- a corvette type warship, the TCG Kinaliada -- which came into the service this year.

In 2019, Turkey also set afloat its largest warship, the TCG Anadolu, expected to come into the service in 2020.

Research on various types of ships and submarines continued in Turkey throughout the year.

Enhancing its land forces in 2019, Turkey modernized its 169 M60T-type tanks.