'Control center' for grain corridor to be set up if Russia, Ukraine reach deal in Istanbul

Türkiye against illegal buying, selling of Ukrainian grain by Russia or others, will not allow entry of such grain, says Foreign Minister Cavusoglu 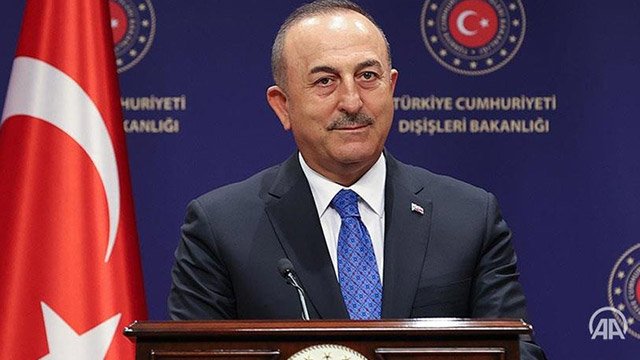 A "control center" is to be established for the grain corridor if Russian and Ukrainian sides reach an agreement in a meeting to be held in Istanbul soon, said the Turkish foreign minister on Thursday. "If an agreement is signed in Istanbul, then there would be a control center to be established as a safe zone out of the Ukrainian territorial waters of will be established," said Mevlut Cavusoglu during a news conference in Ankara with his British counterpart Liz Truss.

Supporting the UN efforts, Cavusoglu also said Türkiye is trying to solve the grain issue with Russia and Ukraine. On allegations regarding stolen grains from Ukraine, he stressed that Türkiye has investigated the country of origin of all mentioned products and that they were labeled Russian.

Türkiye is against the illegal buying and selling of Ukrainian grain by any country, including but not limited to Russia and to be sold to other countries. Noting that Türkiye has "full determination" on the matter, Cavusoglu also stated that the country will not allow entry of such grain.

On relations with the UK, Cavusoglu said Türkiye is in "close dialogue" with its "strategic partner" the UK. "The UK has become our third-biggest trade partner," he said, adding that the two countries are working to expand the scope of the free trade agreement.

The Turkish minister further commented on cooperation in fighting terrorism, saying the UK is Türkiye's ally and that London recognizes the PKK as a terrorist organization. During the meeting, Cavusoglu said he had requested his British counterpart about extraditions, and seizures of assets of terror-linked individuals.

On the expansion of NATO, "the second threat to NATO is terrorism," Cavusoglu said, as he called on the alliance to support countries fighting terrorism. He also called on Sweden and Finland to meet certain conditions related to the security of NATO if they seek to join the alliance, noting: "As Türkiye, our expectations are crystal clear."

For her part, Truss said that at a "time when security, sovereignty, and self-determination are under threat, the United Kingdom's longstanding alliance" with Türkiye is "more important than ever."

"Türkiye is a key strategic partner of the UK," she added, while saying the UK aims to work more closely with Ankara in the energy field.

She also said that the UK and Türkiye work together to get the grain out of Ukraine. Hailing Türkiye's "leading role" in opening a grain export corridor from Ukraine, Truss stressed the urgency of the grain crisis, adding that it will have "devastating consequences" if not solved within the next month.

Truss claimed that Russian President Vladimir Putin is using food security as a weapon and she urged for the Ukrainian ports to be protected from Russian attacks.

"It’s very clear that Ukrainian ports must be protected, there needs to be safe passage for commercial vessels. The UK is offering expertise on all of those fronts to make sure that we have measures in place so that grain can safely leave, but it is going to require an international effort," she noted.

Tons of Ukrainian grain remain stuck due to Russia's war on Ukraine, causing global shortages and price hikes. Russia, accused of using food as a weapon, has maintained that Western sanctions are to blame for the food shortages.​​​​​​​