Over 721,000 tons of grain exported from Ukraine: Turkish defense chief 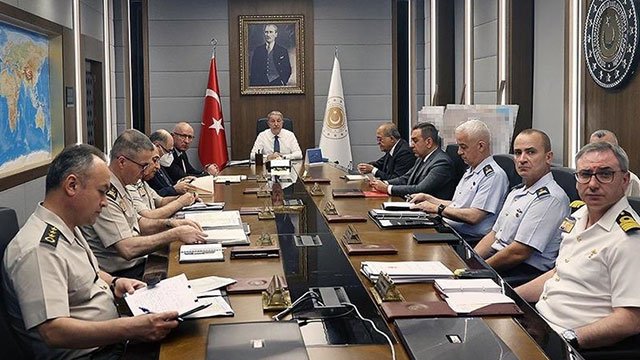 Since the first ship left Ukraine under the Istanbul grain export deal, more than 721,000 tons of Ukrainian grain have been delivered to world markets, Turkish Defense Minister Hulusi Akar said on Monday.

"As of this morning, the amount of grain leaving the Ukrainian ports was 721,449 tons. This continues. Hopefully, the amount will increase in the coming days," Akar told military commanders during a video conference in the capital Ankara.

Akar added the efforts continue to ensure that shipments reach their final destinations as quickly and safely as possible.

Türkiye, the UN, Russia, and Ukraine signed an agreement in Istanbul on July 22 to resume grain exports from the Ukrainian Black Sea ports of Yuzhny, Chornomorsk and Odesa, which were halted due to the Russia-Ukraine war, now in its sixth month.

A Joint Coordination Center (JCC) with officials from the three countries and the UN has been set up in Istanbul to oversee the shipments.

On Saturday Akar and UN Secretary-General Antonio Guterres held a meeting with the officials at the JCC in Istanbul on the grain shipment process.

Akar said Türkiye resolutely continues its fight against terrorism to protect its borders and citizens.

As of Jan. 1, he said, anti-terror operations have continued “intensively,” adding: "During this period, a total of 2,517 terrorists were neutralized in northern Iraq and in northern Syria."

The minister said that a total of 333 terrorists were "neutralized" during the Operation Claw-Lock, which Türkiye launched in April to target PKK terror group's hideouts in Iraq's northern Metina, Zap, and Avasin-Basyan regions, near the Turkish border.

Turkish authorities use the term "neutralize" to imply the terrorists in question surrendered or were killed or captured.

In its more than 35-year terror campaign against Türkiye, the PKK – listed as a terrorist organization by Türkiye, the US and EU – has been responsible for the deaths of over 40,000 people, including women, children and infants.