Türkiye vows to send grain, fertilizers to countries in need

Turkish, Russian presidents agreed to send grain free of charge to countries in need, according to President Erdogan 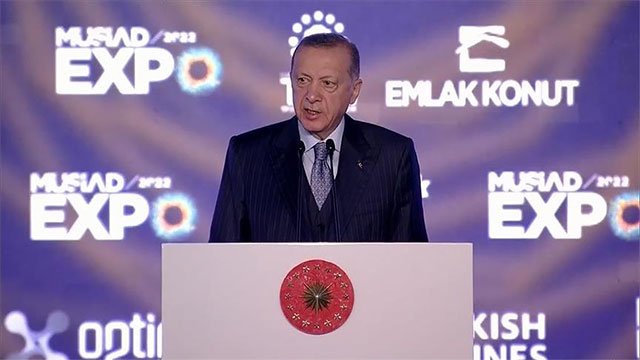 Türkiye on Friday pledged to send grain and fertilizers to the least-developed and developing countries, especially in Africa.

Urging the taking of concrete steps at the upcoming G-20 summit in Indonesia for grain and fertilizers to be sent to underdeveloped countries, Turkish President Recep Tayyip Erdogan said Türkiye and Russia have reached a consensus on making more use of the grain corridor in the Black Sea, especially for those in need in Africa.

"During our call with Mr. Putin, he said, 'Let's send grain free of charge to countries like Djibouti, Somalia, and Sudan.' In that, we were on the same page."

He added: "We will ensure that grain ships reach every country in need, starting with Somalia, Djibouti, and Sudan, which are struggling with a severe food crisis and famine."

Lamenting the international community for failing to learn lessons "from the tragedies that occurred during the pandemic," Erdogan said: "Especially the indifference of Western institutions, which try to give lessons on human rights and freedom to the rest of the world every time they open their mouths, is shameful."

Referring to a recent controversial speech by EU foreign policy chief Josep Borrell, Erdogan also lashed out at the mentality which sees Europe as a "garden" and the rest of the world as "wild weeds."

"Of course, we’re not surprised by the mentality which sees Europe as gardens and the rest of the world as weeds, but we don’t accept this. For them, civilization refers only to the West, human only to the white man, and rights and freedoms to only European individuals," he said.

Saying that the "European mentality" perceives "Africans, Asians, and Latin Americans" as "valuable to the extent that they serve them with cheap labor, gold, oil, and other resources,” he added: “If that’s not the case, then these people are nothing but twitch grass that serve Europe’s garden."

He added: "We do not expect those who carry out colonialism using new ways and methods to take a conscientious attitude towards crises.”

This July Türkiye, the UN, Russia, and Ukraine signed an agreement to resume Black Sea grain exports, which were paused after the Russia-Ukraine war began in February. After leaving the initiative for several days, Russia rejoined it this Wednesday after a phone call between Erdogan and Putin.

Over 10 million tons of grain have been sent through the landmark deal so far.

Touting Türkiye's economic model implemented since last year based on growth with investment, production, employment, exports, and a current account surplus, Erdogan said: "We managed to reap the fruits of this uphill fight."

Strong export and employment figures are signs of the progress Türkiye made in turning the crisis into an opportunity, he said.

But the recession in developed countries on top of fluctuations in energy and commodity prices make the situation harder for Türkiye, he stressed, urging business circles to look for solutions together rather than complaining.

The country encourages renewable energy resources such as wind and solar while making full use of its hydroelectric resources, he told.

"Türkiye will be a natural gas hub," Erdogan said, citing Putin's proposal to build facilities for this in Türkiye.

Moreover, when the gas Türkiye discovered in the Black Sea is delivered, the electricity needs of households will be met and electricity production will be relieved, he said.

"As the units of Akkuyu Nuclear Power Plant become operational, we will have completely solved this problem. Then the Sinop [nuclear power plant] will be the second phase of our nuclear energy," he said.