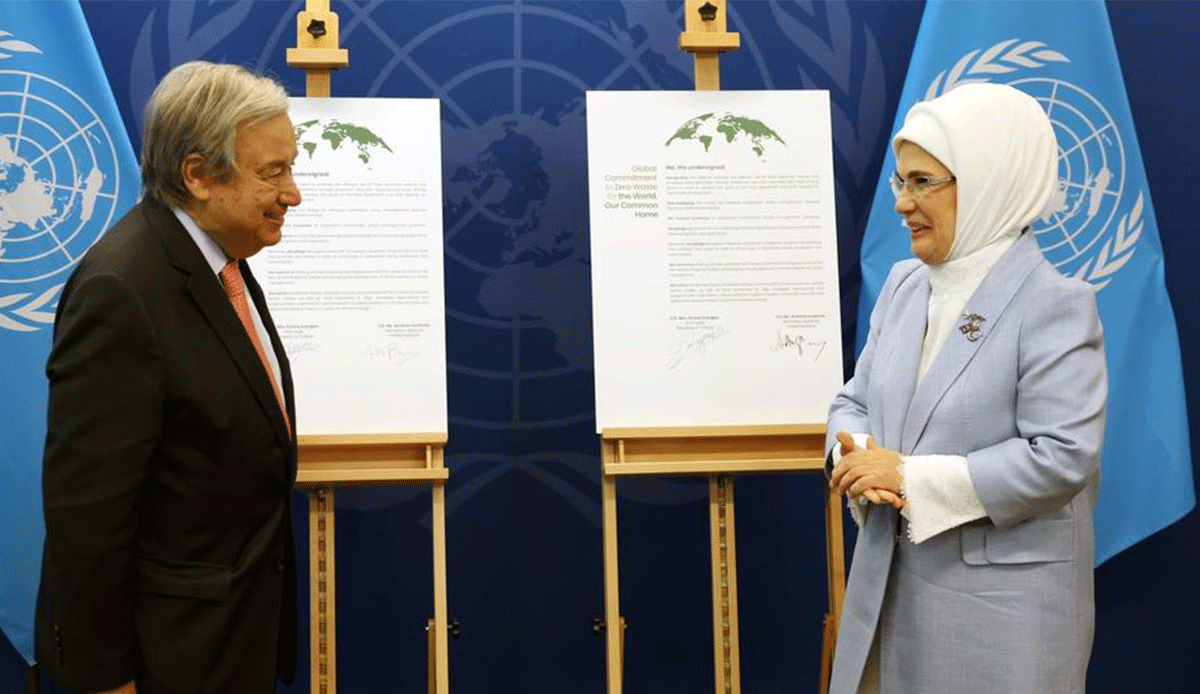 The landmark resolution which was presented on Wednesday with 105 other countries, highlights the efforts for sustainable development through zero-waste initiatives launched by the Turkish First Lady Emine Erdogan in 2017.
The resolution of the General Assembly declared March 30 as the International Day of Zero Waste.

The resolution requests the head of the UN to invite the body's Environment Programme to include a "dedicated section on zero-waste initiatives," including activities and experiences of such initiatives. It called on the UN to convene a one-day high-level meeting in collaboration with the United Nations Environment Programme and UN-Habitat, in New York, in 2023, during the 77th session of the General Assembly.

Emine Erdogan launched the project with the aim of highlighting the importance of zero waste in fighting the climate crisis. The project has received international attention with UN Secretary General Antonio Guterres expressing his gratitude to Türkiye's first lady during a conference in New York in September.