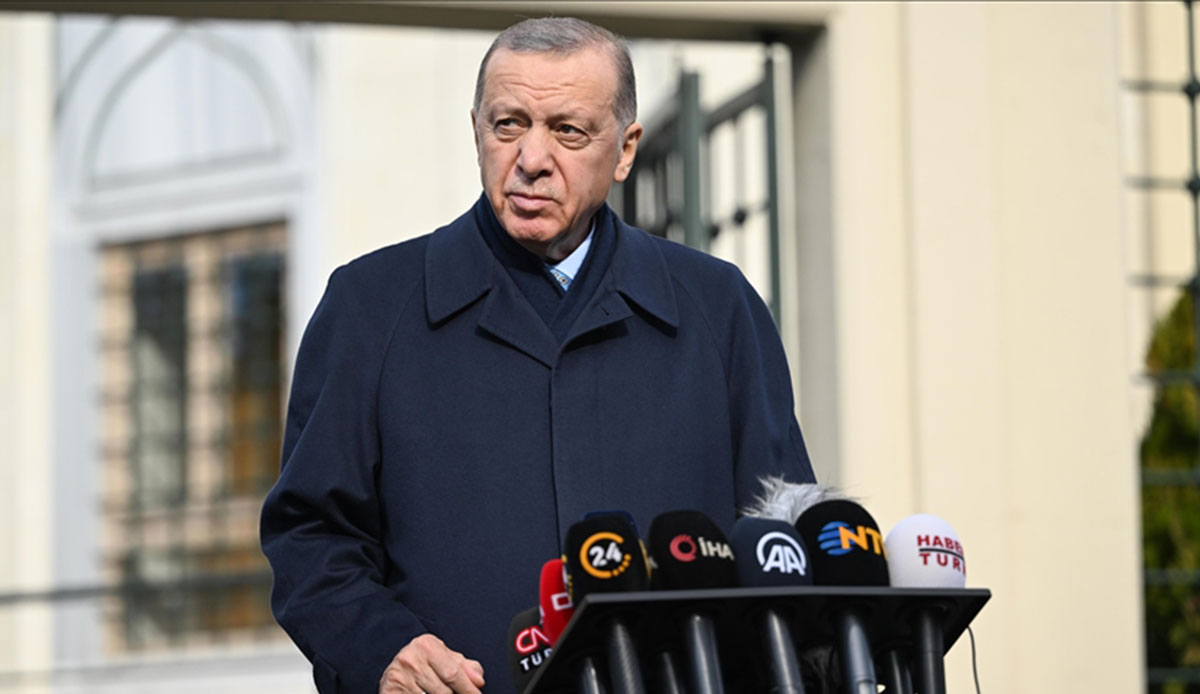 British weekly The Economist cannot determine the future of Türkiye, President Recep Tayyip Erdogan said on Friday, referring to a recent cover story in the magazine.

Erdogan's remarks came after The Economist published a story calling on outsiders to pay attention to Türkiye's upcoming elections, claiming that the country is "on the brink of disaster" under Erdogan.

Türkiye's Communications Director Fahrettin Altun on Thursday blasted The Economist for its "cheap propaganda" on Türkiye, saying: "Outrageous headlines and provocative imagery might help them sell their so-called journal, so we congratulate them on their ingenious marketing techniques! But we must remind audiences that this is sensationalist journalism based on cheap propaganda and disinformation."

About Greek Prime Minister Kyriakos Mitsotakis' recent remarks on Türkiye, Erdogan said Greece is taking steps contrary to both the 1923 Treaty of Lausanne and other agreements by arming Aegean islands.
Mitsotakis on Thursday said Greece will not go to war with Türkiye and that the two countries can make efforts to reduce tensions in the region.

"These statements of Mitsotakis are not sufficient to determine the future of the region in particular," Erdogan said.