A NATO without Turkey would be weak: Alliance chief Stoltenberg

The head of NATO has warned that a NATO without Turkey would be weak. 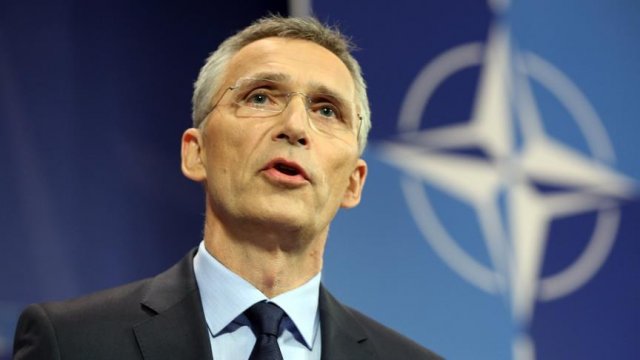 "Without doubt, NATO would suffer from weakness without Turkey," Secretary General Jens Stoltenberg told German newspaper Welt am Sonntag in an interview posted online on Saturday.

"Turkey is a key country for the security of Europe," he stressed.

Stoltenberg said that Turkey has made a huge contribution to NATO missions in Kosovo, Afghanistan, and the Mediterranean Sea.

With its geographical position, it has played an important role in fighting Daesh in the crisis regions of Syria and Iraq, he added.

Stoltenberg's remarks came after Turkey, earlier this week, launched airstrikes against the PKK and its PYD/YPG offshoots in northern Iraq’s Mt. Sinjar region and northern Syria, killing some 90 terrorists.

On Western countries that have criticized Turkey, Stoltenberg said: "Think if any other NATO country besides Turkey were under the massive terrorist attacks Turkey has faced. Turkey has the right to defend its country and to punish the people who launched the thwarted coup attempt of July 2016."

He added: "This [punishment] should be in accordance with the principles of the rule of law."

Turkey accuses the Fetullah Terrorist Organization (FETO) of orchestrating the coup attempt of July 2016 which martyred 249 people and injured thousands of others, as well as the bombing of vital government buildings, including the parliament.

FETO is also accused of infiltrating state institutions in a bid to overthrow the Turkish government.