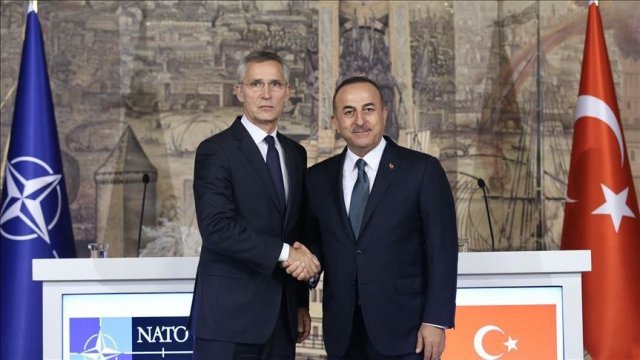 Turkey's foreign minister spoke with the head of the NATO alliance on Friday about the agreement reached with the U.S. to pause Turkey’s anti-terror operation in northern Syria.

Mevlut Cavusoglu and NATO Secretary-General Jens Stoltenberg spoke in the wake of the deal reached late Thursday under which Turkey will pause Operation Peace Spring for 120 hours to allow the withdrawal of the terrorist YPG/PKK from a planned safe zone.

A member of the alliance since 1952, Turkey boasts NATO’s second-largest army, after the United States.

Ankara wants to clear northern Syria east of the Euphrates River of the terrorist PKK and its Syrian offshoot, the PYD/YPG.

In its more than 30-year terror campaign against Turkey, the PKK -- listed as a terrorist organization by Turkey, the U.S. and the European Union -- has been responsible for deaths of 40,000 people, including women, children and infants.