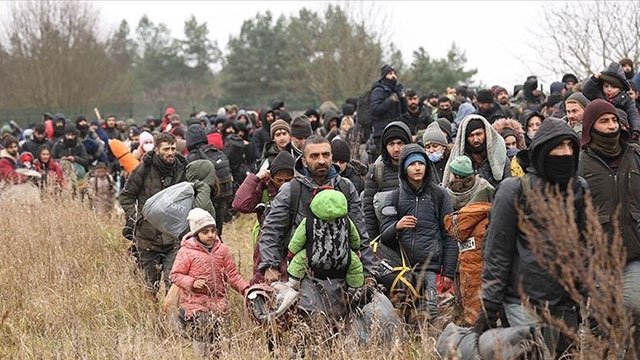 Iraq's Transport Ministry on Friday announced it has evacuated 608 refugees who were stranded on the border between Belarus and Poland.

The Director-General of the Iraqi Transport Company affiliated to the ministry, Abbas Omran, said in a statement: "Two charter flights successfully carried out the evacuation from Minsk Airport to Erbil and Baghdad airports, after obtaining official approvals from the Iraqi and Belarusian authorities."

The statement added the refugees were evacuated by the official Iraqi Airways.

On Nov. 18, Iraq announced the evacuation of 430 of its citizens stranded at the Belarusian-Polish border.

In early November, many asylum seekers tried to cross the border to enter Poland from Belarus, where there are currently about 4,000 stranded asylum seekers, according to the Polish Press Agency.

The European Union accuses Belarusian President Alexander Lukashenko of coordinating the arrival of this wave of migrants and refugees to the eastern side of the bloc, in response to European sanctions imposed on his country after his regime's "brutal repression" against the opposition.