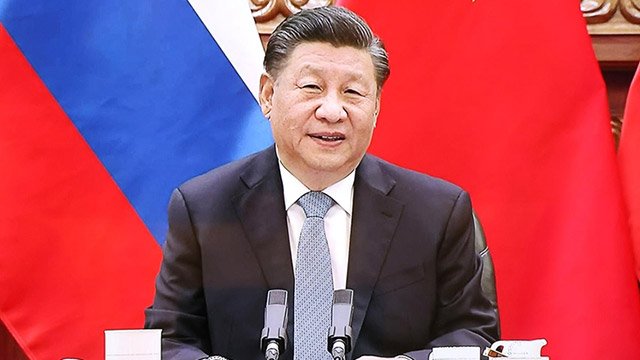 President Xi Jinping on Wednesday said China will keep supporting Russia on “sovereignty and security,” a welcome boost for an increasingly isolated and ostracized Moscow.

“China is willing to support and strengthen strategic coordination with Russia on issues of core interests and common concern on sovereignty and security,” Xi told his Russian counterpart Vladimir Putin in a phone call, Chinese media reported.

This was the pair’s second phone conversation since Russia launched its war on Ukraine on Feb. 24, which Moscow calls a “special military operation.”

Western countries led by the EU and US have rained down criticism and penalties on Russia, making it the most sanctioned country in the world at the moment.

Beijing, however, has refused to directly condemn Moscow’s actions, all the while insisting on dialogue and diplomatic steps to resolve the conflict.

Xi reaffirmed that China has “always made independent judgments based on the history and merits of the matter itself,” state-run daily Global Times reported.

He also reiterated his call for “all parties to responsibly push for a proper resolution of the Ukraine crisis,” adding that Beijing remains “ready to continue playing its due role in this regard.”

He also told Putin that China is “willing to enhance coordination” at multilateral forums including at the UN, BRICS and the Shanghai Cooperation Organization, the report said.​​​​​​​