Nearly 51M eligible to vote, as surveys suggest Italy can be led by far-right party for 1st time since WWII 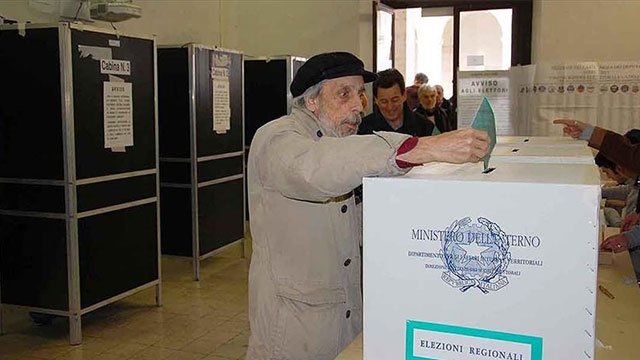 Polls have opened as Italians are voting on Sunday in a snap general election. The snap election came after Italy’s President Sergio Mattarella dissolved parliament in July and called an early election on Sept. 25, marking the end of the government led by Prime Minister Mario Draghi.

Nearly 51 million people are eligible to vote in Italy's one of the most crucial elections, with over 4 million Italians living abroad have already cast their ballots. Some 51% of the voters are women in Italy, a country with a population of 59 million.

Voters older than 18 will also be able to elect the members of the parliament's upper chamber, a first in Italian history, which was made possible following the endorsement of the Italian Senate. They could already vote for the lower house of parliament.

According to the latest polls, a right-wing coalition is likely to lead Italy, as Brothers of Italy, led by far-right Giorgia Meloni, could win the race by garnering most of the votes. The polls also showed the center-left Democratic Party led by Enrico Letta ranks second, followed by the far-right Lega party led by Matteo Salvini.

If elected, Meloni will be Italy's first female prime minister, and for the first time since World War II, the country will have a far-right leader.