Pekka Haavisto says if leaks were deliberate, they are a reminder of 'how careful we need to be and how vulnerable we are' 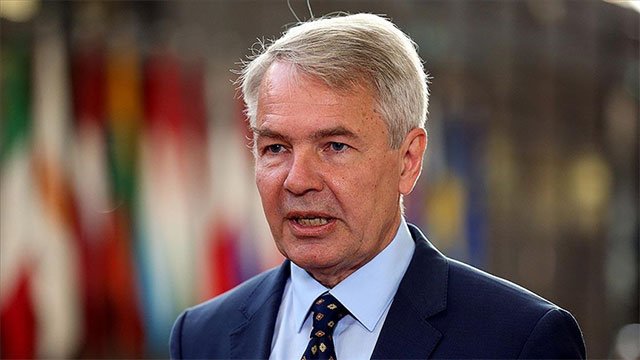 Sabotage "cannot be ruled out" as causing the recent Nord Stream gas leaks, the Finnish foreign minister said Wednesday in an exclusive interview with Anadolu Agency.

"Sabotage cannot be ruled out, but this needs to be investigated as a criminal matter. The timing as Poland unveiled its Baltic Stream pipeline of the leaks is a reminder – if it was done on purpose – of how careful we need to be and how vulnerable we are," said Pekka Haavisto.

Haavisto said that “at the same time it's very important that the European Union is on board.”

“This is a main pipeline, main energy connection to Europe and of course, if any damage is caused by purpose, this is very serious,” he added.

The leaks come as winter is approaching and many in Europe are worried about an energy crisis due to the Russia-Ukraine war, which began on Feb. 24.

Addressing Russia’s neighbors tightening the issuing of visas, Haavisto said that since the beginning of September, “we have actually had a very restricted policy on tourist visas for Russia and we have dropped the amount to less than 10% of the earlier visa allowances.”

“Now when Baltic states and Poland have made a decision to deny access with the tourist visas to these countries, our government is just planning a principal position on actually denying tourist visas from Russian tourists and also stopping them at the border, but at the same time allowing students people who are working in Finland.”

The Finnish foreign minister also said that young Russians are coming over the border to go to other countries in the European Union’s Schengen region.

“We also know that among these people are people who are coming from the Russian Jewish community and are moving towards Israel, and I have been discussing affirming that Israel Prime Minister Yair Lapid on this issue that it's important that these people can continue that trip towards Israel.”

Addressing how many young men are seeking to leave Russia to avoid a partial mobilization announced last week, he said: “On asylum seeking, we have a quite restricted policy on that issue. We, of course, have been allowing asylum status for human rights defenders or people who have a long and well-known history on as critical journalists or human rights defenders, but not each and every one who was not going to military service.”

Haavisto said: “From other areas, there have been some individual cases and of course, if they have been asylum seekers we have the same process with them as with other asylum seekers. They have to have a good basis if they are allowed.

After long resisting joining NATO, Finland applied after the Ukraine war started on Feb. 24. Turkish officials have said the country must meet certain requirements it agreed to in order for Türkiye, a longstanding member of the military alliance, to give its approval.