63 bcm of Russian gas could be exported from Türkiye to Europe: Russian Deputy PM Novak

Türkiye and Russia have extremely good relations in field of energy, Novak says 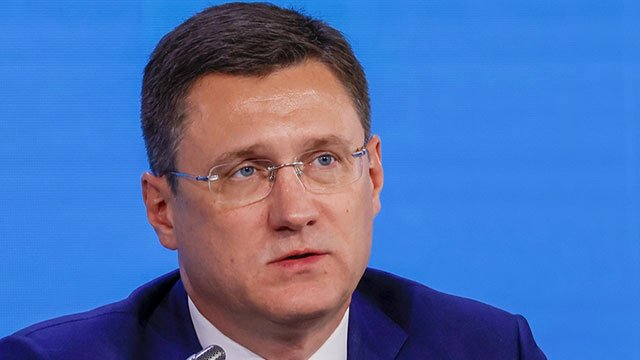 A significant amount of natural gas could be exported to Europe via Türkiye, said Russian Deputy Prime Minister Aleksandr Novak on Friday. Novak told Anadolu Agency that South Stream natural gas pipeline - the project that is later cancelled and turned into TurkStream - was planned as four lines with a capacity of approximately 63 billion cubic meters.

"If there is demand, this potential extra capacity can be used to deliver gas to European consumers via the Black Sea and Türkiye," Novak said. Novak said that Türkiye and Russia have extremely good relations in the field of energy.

Speaking about Russia's proposal for Türkiye to become an energy hub, Novak said, "TurkStream's capacity is 31.5 billion cubic meters. One of the lines is for export to other countries." Novak stated that the establishment of a center for Russian gas in Türkiye is an issue in consideration and added that "If there is such a need and all parties show interest, I think such a project can be evaluated."

'We don't want high gas prices' "The operation of the pipeline is the responsibility of the relevant company and they have the necessary security services. Their work is definitely strengthened for the safe and reliable operation of the pipeline in the current situation," Novak said about the claims of sabotage attempts against TurkStream pipelines.

Speaking on the issue of price reduction in the export of Russian gas to Türkiye, Novak said that the current prices on the market are artificially created. Novak said that European politicians have created an artificial natural gas supply problem in European markets.

"Perhaps the most important issue is how to ensure the adequacy of resources in Europe for the normalization of prices," he said. Novak emphasized that high prices in natural gas are not a situation Russia sought after and added, "We don't want high prices. If prices are high, an effort for attaining alternative and renewable energy sources can be utilized faster."