Leadership election to be held, completed within a week, with Truss staying in post until then 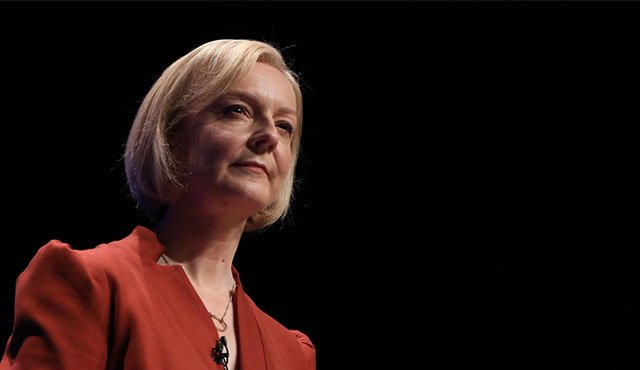 British Prime Minister Liz Truss stepped down on Thursday, making her the shortest-serving premier in British history. Truss’ resignation follows a mini-budget produced by her government and based on her ideas that crashed the economy and sparked chaos in financial markets, resignations and sackings in her government, and the evaporation of discipline and unity within the ruling Conservative Party.

A leadership election will be held and completed within a week, with Truss staying in post until then. Speaking outside 10 Downing Street, Truss said she was elected against the backdrop of soaring energy bills and with a mandate to change Britain’s low-growth economy.

She said: “We delivered on energy bills on cutting National Insurance and we set out a vision for a low tax high growth economy, that we’re taking advantage of the freedoms of Brexit.” However, she continued: “I recognize though that given the situation, I cannot deliver the mandate on which I was elected by the Conservative Party.”

Truss said he had spoken to King Charles III to notify him about her resignation as the Conservative Party leader. She added: “This morning I met the chairman of the 1922 Committee Sir Graham Brady. We have agreed that there will be a leadership election to be completed within the next week.

“This will ensure that we remain on a path to deliver our fiscal plans and maintain our country’s economic stability and national security. I will remain as prime minister until a successor has been chosen.”

Truss has served as prime minister for six weeks.