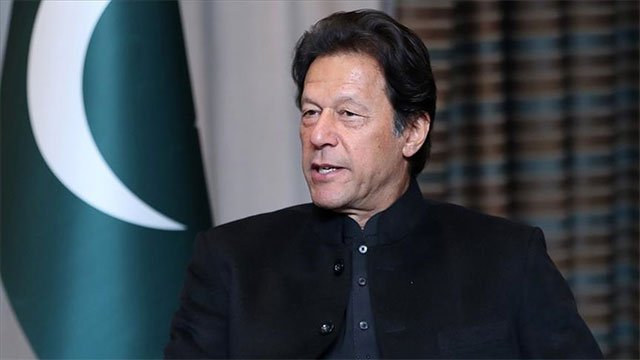 According to the ruling, Khan should face criminal charges for concealing the details of gifts he received from different countries during his over three-year tenure as prime minister. The commission disqualified Khan under Article 63 (p) of the Constitution, which states that "he is for the time being disqualified from being elected or chosen as a member of the Majlis-e-Shoora (Parliament) or of a Provincial Assembly under any law for the time being in force."

Federal Minister of Law and Justice Azam Nazeer Tarar later clarified in a press conference in the capital Islamabad that the former prime minister has been disqualified for five years. Khan's close aide and former Information Minister, Fawad Chaudhry, has confirmed that Khan will run in the 2023 general election.

Khan has staged a series of anti-government rallies since his ouster from power in a no-confidence vote in parliament in April and has called for early elections, which are otherwise scheduled for late next year. In a by-election earlier this week, he won six of the seven National Assembly seats he was running for across the country.

His party, Pakistan Tehreek-e-Insaf (PTI), has rejected the verdict and declared a nationwide strike against the election commission.

"The Election Commission has no authority to disqualify any member of parliament; the commission has violated the law," said Asad Umar, a PTI leader and former minister in Khan's cabinet.

"I warn that no minus-one formula will be achieved, and we will file an appeal in the higher court," he added.

Meanwhile, protest rallies were held across the country after PTI leaders urged the public to take to the streets in protest of the ruling.

Tosha Khana's reference for Khan's disqualification was sent to the Election Commission at the request of five members of the ruling coalition by the speaker of the National Assembly.

It was alleged in the reference that the former prime minister failed to disclose the income earned from selling gifts from Tosha Khana as assets.

The reference filed under Article 63 of the Constitution sought Khan's disqualification.

During the case's hearing, former prime minister’s lawyer, Barrister Ali Zafar, argued that disqualification under the article is only the jurisdiction of the judiciary, and according to the Supreme Court, the Election Commission is not a court.

Khan admitted in his response that he had sold four gifts during his tenure as Prime Minister.