Terrorist group makes over $1.5B by controlling 80% of European illicit drug market, according to figures from Interior Minister Suleyman Soylu 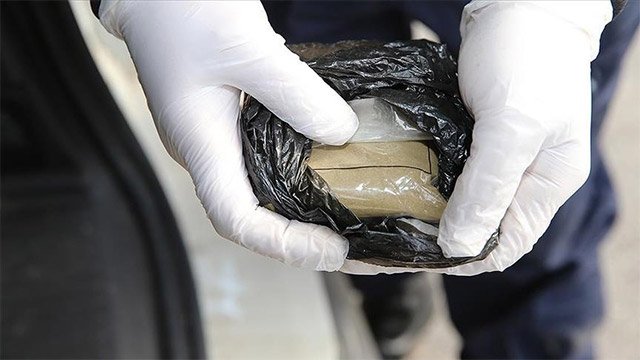 The terrorist group PKK funds its bloody terror campaign, killing tens of thosands of innocents, through drug trafficking in the EU, as revealed by many reports by both Turkish and international law enforcement agencies and institutions. The terror group is involved in every stage of the illicit drug business in the bloc: production, distribution to various countries, and street dealing.

The terrorist group reaps over $1.5 billion by controlling some 80% of the European illicit drug market, according to figures given by Turkish Interior Minister Suleyman Soylu. The PKK has been involved in drug transportation and is connected to local drug networks by using Türkiye’s southeastern border into the Middle East and drug trafficking routes in the Balkans, the Caucasus, and Africa.

The terror group uses its sympathizers and pro-PKK political groups across Europe to distribute the drug it brought to the streets. The European Monitoring Center for Drugs and Drug Addiction (EMCDDA) and Europol's EU Drug Market Report, published in 2019, drew attention to the PKK’s heavy involvement in drug trafficking.

Likewise, a recent intelligence report by the UK Metropolitan Police highlighted how the Tottenham Boys, a Kurdish gang based in London, targeted local Kurdish businesses and used extreme violence and involved in racketeering to raise money for the terror group. Furthermore, Europol’s EU Terrorism Situation and Trend 2022 points to PKK activities in European countries, including money laundering, extortion, and drug trafficking, as coordinated by the so-called European Democratic Kurdish Society Congress (KCDK-E) located in Belgium.

Various US reports define the PKK as a criminal syndicate that funds terrorism through organized crime. The top ringleaders of the terror group, including Murat Karayilan, Cemil Bayik, and Duran Kalkan, are on the US wanted list of drug smugglers. In its more than 35-year terror campaign against Türkiye, the PKK – listed as a terrorist organization by Türkiye, the US, and EU – has been responsible for the deaths of more than 40,000 people, including women, children, and infants.