Russia’s Putin to not attend G-20 summit in Indonesia 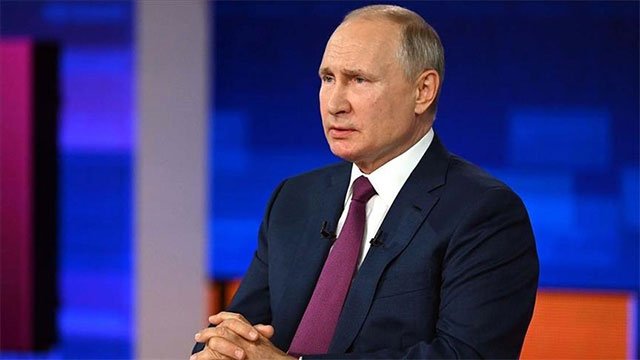 Russian President Vladimir Putin will not attend either in-person or via videoconference the summit of the Group of 20 in Indonesia, the Kremlin said on Friday. Putin has also no plans to record a video address to the participants of another meeting – the 2022 summit of the Asia-Pacific Economic Cooperation forum, spokesman Dmitry Peskov said at a press briefing in Moscow.

"This decision of the head of state is connected with his schedule, the need for his stay in Russia," Peskov explained. He refused to comment on the withdrawal of the Russian army from the Ukrainian city of Kherson, saying that there are a lot of experts with different opinions.

The spokesman added that the goals of the Russian "special military operation" can be achieved through peace talks, but Ukraine refuses to hold them. Asked about the exchange of prisoners with the US, Peskov said Washington is aware of Moscow's "serious proposals," stressing that such sensitive issues need silence.

According to Peskov, the negotiations on the extension of the Black Sea grain deal are continuing, with no final decision made yet. About the US decision to stop considering Russia as a market economy in its anti-dumping procedures, Peskov said: "It is a continuation of pressure on Moscow."

He also announced "contacts" between Russian and Cuban leaders in November that can happen at the inauguration of a memorial of former Cuban leader Fidel Castro.