Deployment important for protection of Serb population and control of administrative crossings, which would dramatically ease tensions, says Serbia’s president 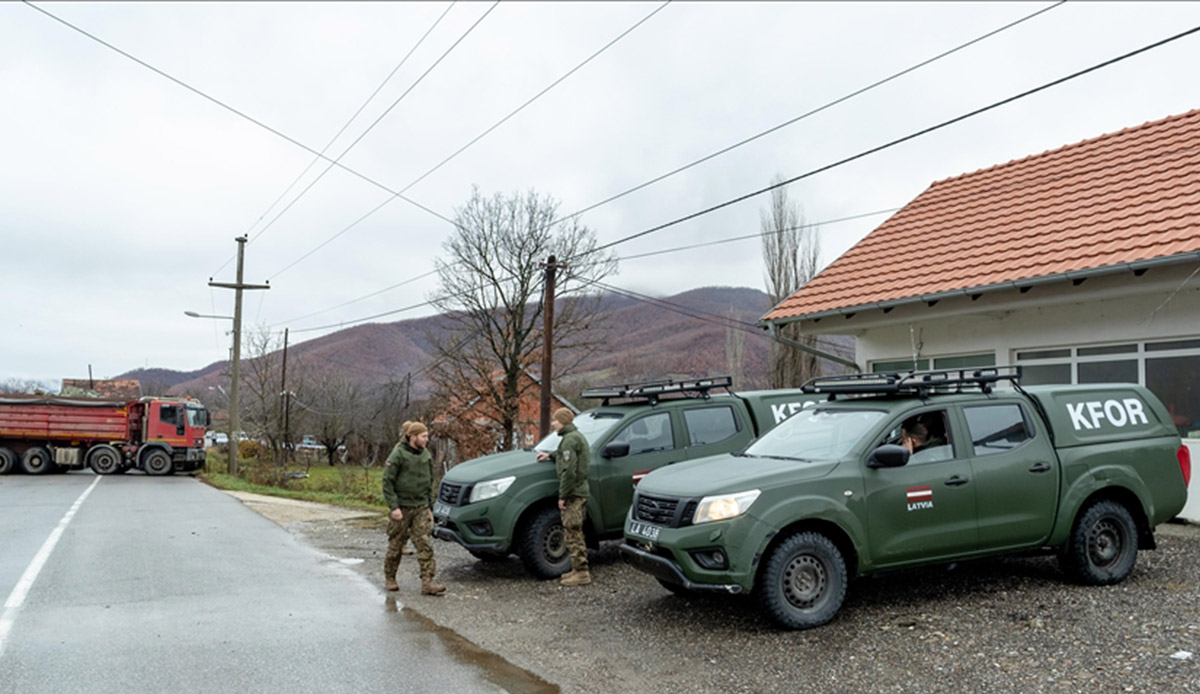 Serbia decided late Thursday to submit a formal request to the NATO-led peacekeeping mission in Kosovo (KFOR) to deploy its security forces there as tensions in the region reached dangerous levels.  Serbian President Aleksandar Vucic said the request will be sent by email, with plans for Serbian Chief of Staff General Milan Mojsilovic to deliver a hard copy on Friday to KFOR commander Major General Angelo Michele Ristuccia at one of the crossings between Serbia proper and Kosovo.

"The request to KFOR to deploy the Serbian army and police in the north of Kosovo was unanimous in the Cabinet. It was accepted. We will make a request by email tonight and tomorrow in person to the KFOR commander," said Vucic.

Vucic said the request is for up to 1,000 police and military personnel to return to Kosovo in line with UN Security Council Resolution 1244.

''That is important for the protection of the Serb population and the control of administrative crossings, which would dramatically ease tensions. It would be a good decision, but we are almost certain that it will not be accepted based on what we have heard,'' he added.

The US ambassador to Serbia, Christopher Hill, said Thursday that Serbia has a right to address KFOR to deploy troops there. UN Security Council Resolution 1244 says Serbia has the right to deploy up to 1,000 members of its security forces in Kosovo.

The latest developments come after Serbs in northern Kosovo blocked main roads to protest the detention of former Serb police officer Dejan Pantic on suspicion of terrorism. Pantic was part of a mass resignation of Serbs from security forces in November.

Kosovo, predominantly inhabited by Albanians, broke away from Serbia in 1999 and declared its independence in 2008. But Serbia has not recognized the move and sees its former province as part of its territory.

Tensions flared last month when Kosovo attempted to require ethnic Serbs to change their vehicle license plates that date before 1999 to Pristina-issued plates. The decision led ethnic Serbs in Kosovo to withdraw from all central and local institutions.

A snap election was announced in four northern municipalities for Dec. 18 after ethnic Serb representatives resigned from their posts.

But Kosovo has postponed the elections until April because of security concerns. Last week, some election centers were damaged and shooting was heard in those areas, raising fears of an escalation in tensions.