2M protest in France against plans to raise retirement age

Some 400,000 people took to streets of Paris, says CGT union. More than 2 million people protested in France on Thursday against the government’s controversial plan to push back the retirement age. 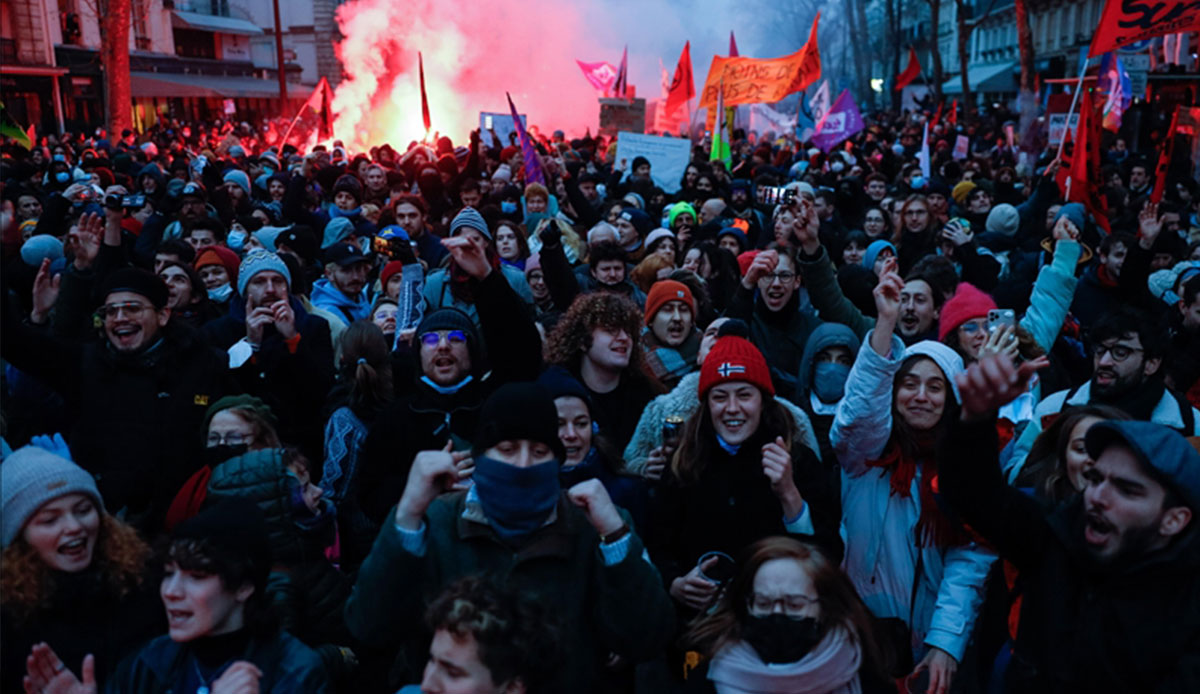 Among them were some 400,000 who took to the streets of Paris, according to Philippe Martinez, secretary general of France’s largest union CGT. Public transport services were at a virtual standstill and most schools remain closed.
French authorities placed the figure for nationwide protesters at over 1.12 million, still much higher than the expected 600,000 to 800,000.

Police said at least 30 people were arrested in Paris on various charges, including carrying prohibited weapons. President Emmanuel Macron’s government insists that raising the age of retirement is necessary to tackle a deficit in pension funding, saying it will bring in an additional €17.7 billion ($19.1 billion) annually and enable the system to break even by 2027.

Opinion polls show some two-thirds of French citizens are against the plan.

“There are so many other ways to make the pension system more viable,” Brigitte Gabriel, a senior member of the CGT, told Anadolu. “More protests are expected as this will increase pressure on the government to consider raising wages as well.”

As the day of unrest unfolded, Prime Minister Elisabeth Borne stressed the need to encourage free debate and expression of opinions. In a tweet, she praised “the commitment of the police, like the trade unions, which allowed the protests to take place in good conditions.”