A group of Turkish researchers have discovered ruins of a castle, supposedly belong to Urartu civilization, in eastern Lake Van. 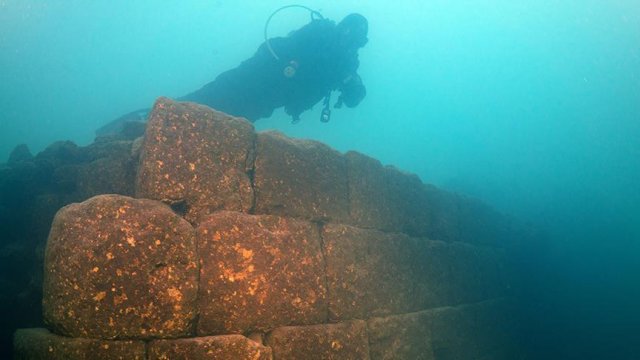 The governorship of Turkey’s eastern Bitlis province and Van Yuzuncu Yil University carried out the search in the country’s largest lake, which led to the discovery of the castle ruins, believed to be around 3,000 years old.

Stating that Lake Van was 600,000 years old, Tahsin Ceylan, head of the diving team, said that no one was sure that they would find something underwater.

“Archaeologists and museum authorities told us that there was nothing we would find,” he added.

“This research contributes to tourism and the economy of the region,” Ceylan said, adding that number of people, who desire to dive in Lake Van, was increasing day by day.

Ceylan also said that they found a lion-shaped stone, adding that it was a “miracle” to find such a small thing underwater. “Experts will give us the right description of the stone,” he added.

He also said that he believed the castle dated back to the Urartu civilization, which was located around Lake Van during the Iron Age.