The latest report of Eurodata on television database showed that 30 percent of television contents worldwide were Turkish productions, the head of Turkey’s state-run TV, said on Friday. 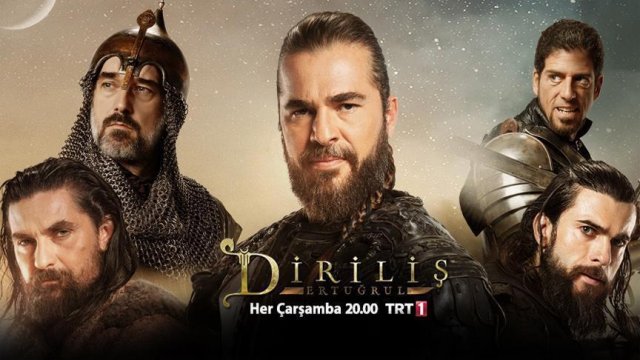 Ibrahim Eren, director general of the Turkish Radio and Television Corporation (TRT), said that the high rating levels of TRT-made soap operas abroad mattered more from a cultural standpoint rather than the economic returns.

“Our priority in this field is to make Turkish culture a part of the dominant cultures in those countries," Eren said.

He noted that the popularity of Turkish television series was on the rise in Latin America, Southeastern Asia as well as a number of African countries.

The parts of the world that TRT mainly concentrates on in terms of its TV series exports are the Middle East, North Africa, and the Balkans, according to Turkey's state broadcaster, whose revenue from television programs, including soap operas, reached $18 million in 2016.

Eren said that the rating success of Turkish TV programs was a source of pride for all of Turkey, adding that they aimed to reach a greater audience in more countries with their programs.

TRT continues to support the TV sector in order to increase the overall ratings, sales, area of coverage, and success of Turkish television series in the international arena, Eren underlined, adding that TRT was planning to produce a number of 10-episode, 45-minute series in the near future with the intention to reach a greater number of European and North American viewers.

TRT's programs are watched in more than 100 countries. The channel's most popular TV series to date is "Dirilis: Ertugrul" (Resurrection: Ertugrul), a historical drama about the founder of the Ottoman State.

Turkey's television series export began in 1981 with the sale to France of a popular drama named "Ask-i Memnu" (The Forbidden Love).

According to a report by the Turkish Exporters Assembly (TIM), as of 2015, Turkish television series' overall export figures had neared $250 million.