Around for centuries, Turkish coffee has been passed down through generations as symbol of hospitality 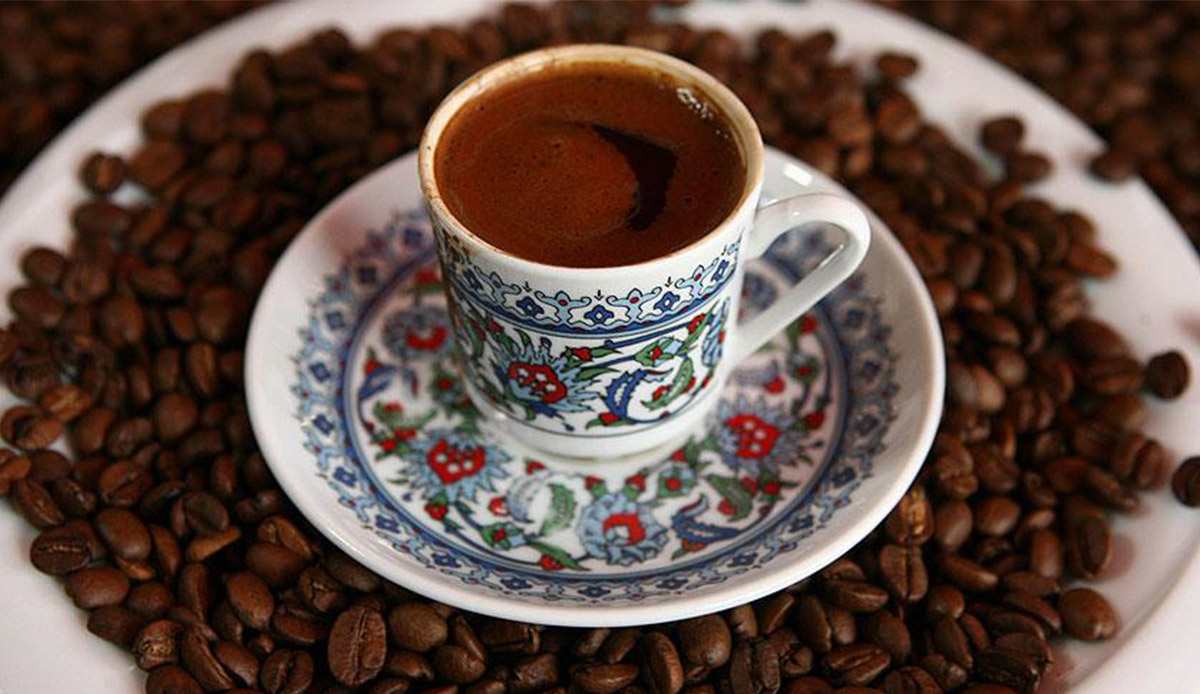 Much more than a source of that morning caffeine kick, Turkish coffee is the cornerstone of its own culture and lifestyle, a delicacy that has been around for at least five centuries, passed down through the generations as a symbol of hospitality.

World Turkish Coffee Day comes every year on Dec. 5 in honor of the beverage that first reached Anatolia centuries ago during the reign of the Ottoman era. It was Ozdemir Pasha, the Ottoman governor of Yemen, who presented the sultan his first taste of the brew in 1543.

Striking with its unique flavor and brewing process, it spread from the imperial court and reached Europe in the 17th century when Ottoman soldiers unintentionally left some coffee beans outside the gates of Vienna.
After the Austrians found and brewed them in their own style, Turkish coffee soon became widely popular in western Europe, brewed from very finely ground Arabica beans. 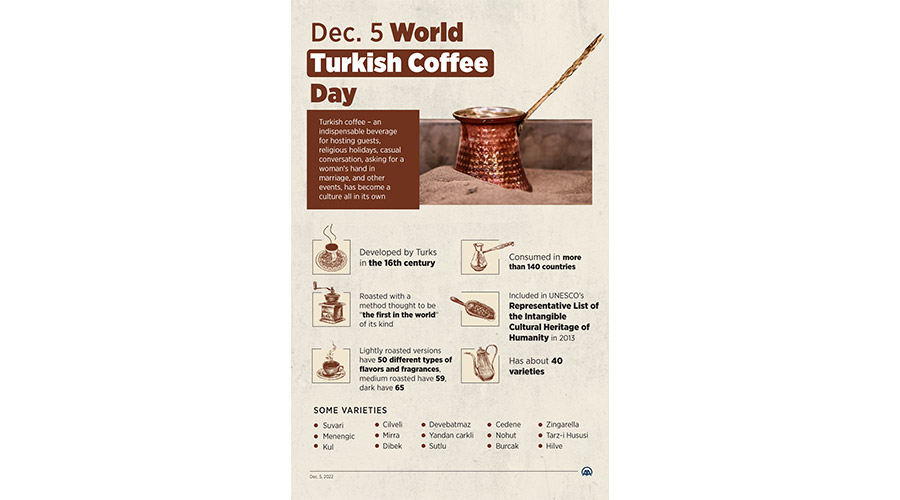 The coffee is prepared in a "cezve", a long-handled pot typically made of copper or brass and served in a "fincan," small special cups and it almost always comes with a glass of water and "lokum," sweets that most of the world knows as Turkish delight.

After the cup is spent, coffee drinkers often flip them over on the plate to read the shapes that the grinds make as they trickle down its side, believing that it may show their fortune.
Turkish coffee is a symbol of history and hospitality, its essence best captured in a famous Turkish saying: "The memory of a cup of coffee lasts 40 years."