No, the public has not tired of hearing about Prince Harry. Sales for “Spare” have placed the Duke of Sussex in some rarefied company. 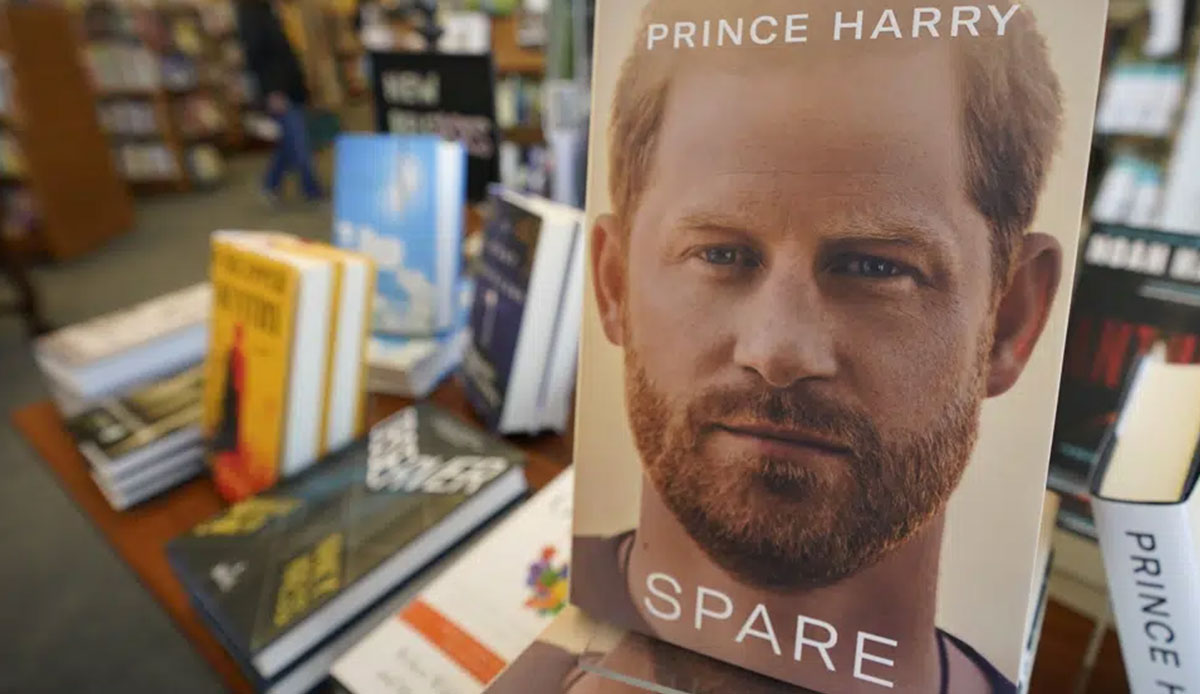 Penguin Random House announced Wednesday that first day sales for the Harry’s tell-all memoir topped 1.4 million copies, a record pace for non-fiction from a company that also publishes Barack and Michelle Obama, whose “Becoming” needed a week to reach 1.4 million when it was released in 2018.

The sales figures for “Spare” include hardcover, audiobook and e-book editions sold in the U.S., Canada and the United Kingdom. ″‘Spare’ is the story of someone we may have thought we already knew, but now we can truly come to understand Prince Harry through his own words,” Gina Centrello, President and Publisher of the Random House Group, said in a statement.

“Looking at these extraordinary first day sales, readers clearly agree, ‘Spare’ is a book that demands to be read, and it is a book we are proud to publish.” One of the most highly anticipated memoirs in recent times, “Spare” is Harry’s highly personal and intimate account of his life in the royal family and his relationship with the American actor Meghan Markle, Duchess of Sussex.

Michelle Obama’s memoir has since sold more than 15 million copies worldwide, its sales holding up over time in part because of highly favorable reviews. The verdict is mixed so far for “Spare.” New York Times critic Alexandra Jacob called the book, and its author, “all over the map — emotionally as well as physically,” at times “frank and funny” and at other times consumed by Harry’s anger at the British press. In The Washington Post, Louis Bayard found “Spare” to be “good-natured, rancorous, humorous, self-righteous, self-deprecating, long-winded. And every so often, bewildering.”