US actress 'racially profiled' due to headscarf

U.S. actress Lindsay Lohan was “racially profiled” because she was wearing a headscarf at a London airport, she told British morning TV show on Tuesday. 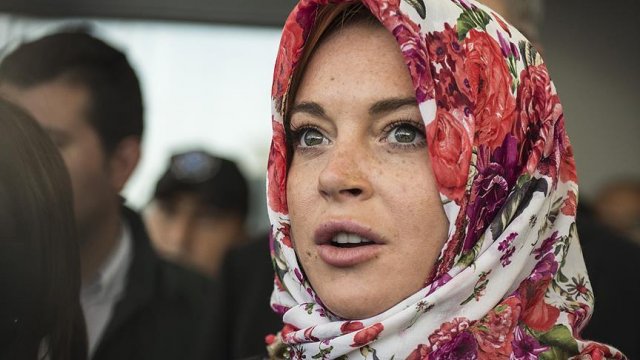 The Hollywood actress told ITV’s Good Morning Britain she was asked to remove the headscarf before a flight to New York from Heathrow Airport.

“I got stopped at the airport and [was] racially profiled for the first time in my life,” she told the presenters.

She said she was “scared” when considering how “another woman who doesn’t feel comfortable taking off her headscarf would feel”.

Lohan has been a regular visitor to Turkey and has met the country’s president and first lady.

She has also visited refugee camps in southern Turkey which shelter some of the three million Syrian people who have fled the country’s civil war.

The actress told the U.K. show she had studied the Quran and read it regularly as meditation.

“It feeds my soul; I went to Turkey and the prayer calms me,” she added.

Discussing her interest in the Islamic culture, Lohan said: “A lot of my friends are Arabs and also working with children in Syria. I want to learn Arabic. They are like a family to me.”