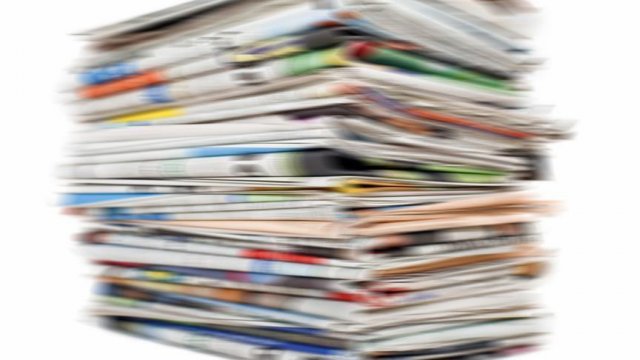 While devoting extensive coverage to Turkey’s probe of the killing of a Saudi journalist, German media has scolded Saudi officials for offering half-hearted cooperation.

Die Welt daily reported that Turkish prosecutors have concluded Jamal Khashoggi was strangled to death -- in a premeditated killing -- soon after he entered the Saudi Consulate in Istanbul on Oct. 2.

The daily decried how despite Riyadh's pledge to cooperate in the investigation, Saudi Attorney General Saud al-Mujeb’s visit to Istanbul this week failed to yield fruit.

German public broadcaster ARD reported that many questions about the killing remain unanswered, including what happened to his body.

“A real clarification can only be achieved by Saudi investigators. But this is only possible with the consent of the Saudi royal family,” the report said.

Frankfurter Allgemeine Zeitung daily pointed to claims that the killing is tied to the inner circle of Crown Prince Mohammed bin Salman.

“There are suspicions that Saudi strong Crown Prince Mohammed bin Salman ordered the killing of the Washington Post columnist [Khashoggi],” it reported.

“Many of the alleged perpetrators had direct links to the 33-year-old heir to the throne, according to media reports. Although he denies any involvement, the incident has seriously damaged his international image.”

Die Zeit weekly raised the possibility of European sanctions on Saudi Arabia if Riyadh fails to clear up the case.

“Chancellor Angela Merkel and French President Emmanuel Macron have recently said that they are planning a common European response. What this response would be remains unclear at the moment,” it said.

Khashoggi, a Saudi national and columnist for The Washington Post, was killed on Oct. 2 inside the Saudi Consulate in Istanbul. After weeks of denying involvement, the kingdom admitted he had been killed at the consulate and the killing was premeditated.